The Ghost Cat and the Mysterious Shamisen 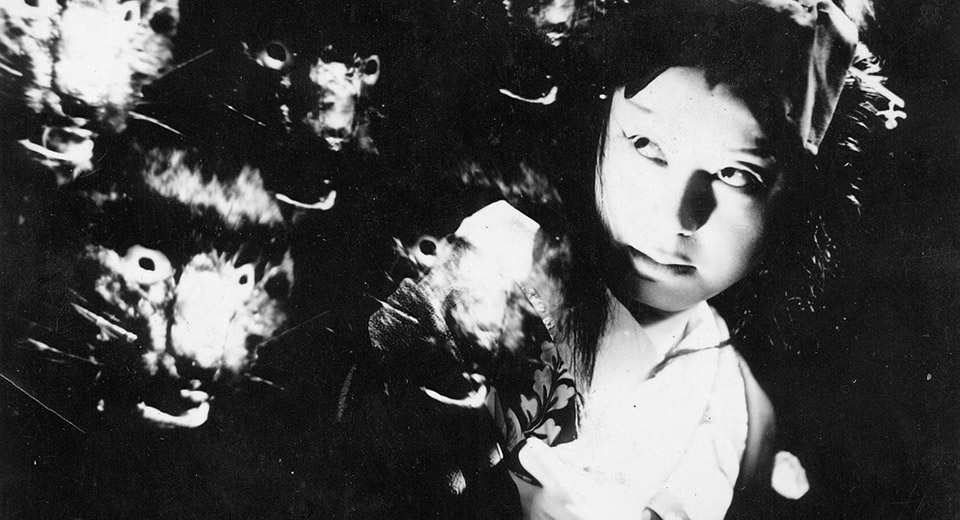 Metrograph presents an insanely rare treat for bakeneko enthusiasts and laypersons alike — a 35mm screening of prewar horror The Ghost Cat And Mysterious Shamisen. Less than a third of Japanese cinema pre-WWII still exists, and due to critical drubbing even fewer kaidan remain.

It’s likely this film survived due to the pedigree of director Kiyohiko Ushihara, who’d just left Shochiku Studios, and not the presence of actress Sumiko Suzuki, who became to Japan what Karloff was to America — a charismatic and versatile actor beloved by fans whose horror work defined their career.

Usually the alluring, sympathetic monster, here Suzuki plays villain Mitsue, popular stage actress and the lover of shamisen player Seijuro. Jealous of any attention not paid to herself, she murders both rivals for his affection, kitty Kuro and Okiyo, a young woman from a samurai family. Their spirits merge into a hybrid revenge ghost, shown using a kaleidoscope lens alternately filming a stuffed cat and actress Kinue Utagawa as Okiyo.

Okiyo’s more conventional spirit apparition urging her sister to avenge her is framed as a dream; combined with the unusual POV kaleidoscope shots and Mitsue’s ultimately terrestrial demise, Ushihara seems to hint at explanations more natural than super. The idea seems to be having your ‘pure cinema’ cake and sinking teeth into a ghost story too, especially with long segments focusing on Mitsue’s classy kabuki performances that break up the main revenge tale.

A fresh script helped – by this time most Edo-period ghost stories were well-mined by other studios, including Shinkō Kinema, who’d produced several bakeneko also starring Suzuki before this one, so writer Kenji Hata set the skeptical undertone with a modern take on ancient lore.

Debates about access, preservation, what ‘deserves’ attention and what’s valued, have become a little toasty of late, but they’ve always existed — a 1939 review from critical journal Eiga hyōron says of this wave of supernatural jidaigeki, “If they are low-class affairs, it’s because they don’t give a damn about human psychology, and are only about violence and cutting down people. On top of that, there are ninja tricks to divert the kiddies; even ghost cats show up. Things like this are, in a word, utterly unnecessary.” If you want the counterpoint, do yourself a favor and see Ghost Cat.