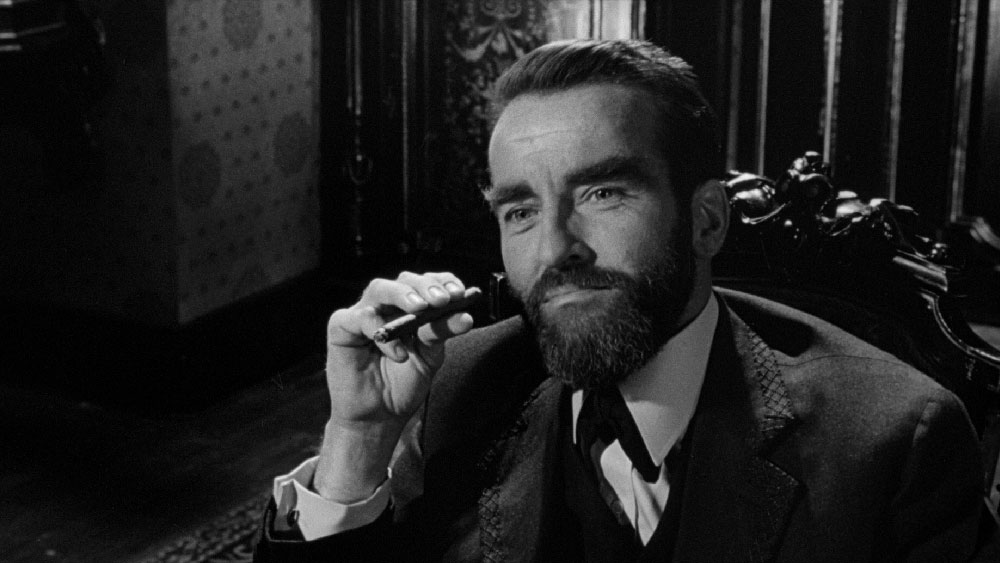 Made when psychoanalysis was at the height of its regard and influence in America, Freud (1962) may offer more insight into the time and place of its making than into its 1880s Vienna setting or its hero, Sigmund Freud. With this fashion for Freudianism in mind, John Huston chose the Austrian neurologist as the subject of his followup to the more celebrated The Misfits (1961), despite little experience with psychoanalysis—although, as Huston biographer Jeffrey Meyers relates, his aunt had once sent his uncle to Freud himself “to be analyzed and ‘cured’ of his homosexuality.”

The resulting film shares with its more famous predecessor an aura of ruin and doom. A tone is set with the opening narration (by Huston himself), informing us, “This is the story of Freud’s descent into a region almost as black as hell itself, man’s unconscious.” (There is surprisingly a lot of talk of hell and the devil in this movie, professedly about scientific progress.) As the film proceeds, these narrative interjections from Huston increase in frequency, delivered over creepy, atonal music in dream sequences meant to probe the depths of the unconscious, calling to mind Rod Sterling narrating episodes of The Twilight Zone (1959–64). Parts of the score, by Jerry Goldsmith (with an electronic contribution by Henk Badings) would be reused years later in Alien (1979).

The film focuses on just a few years of Freud’s life, as he moves from hypnosis to the development of the talking cure and, finally, his purported discovery of the Oedipus complex. It culminates in a kind of courtroom scene, as Freud unsuccessfully attempts to defend his theories of infant sexuality to shocked and scornful colleagues, by far the liveliest moment in the movie. Huston, who had once directed a stage production of No Exit, was an admirer of Jean-Paul Sartre, also in vogue at this time, and asked the famous philosopher to write the script. Unfortunately, once they met they realized they loathed each other. Sartre turned in scripts that would have run to eight or even sixteen hours of film and eventually had his name removed from the end product. New screenwriters Charles Kaufman and Wolfgang Reinhardt were called in to trim the script down to a more manageable size. Nevertheless, as Huston himself acknowledged, the outline of the script and much of the dialogue remained unchanged, largely attributable to Sartre.

Sartre considered Marilyn Monroe the greatest movie actress of the time and wanted her for the female lead, analysand Cecily, loosely based on Freud’s case study, Anna O. (a pseudonym for Bertha Pappenheim). Monroe was a longtime devotee of Freudian analysis and initially accepted the part, until Anna Freud, opposed to the entire project, intervened and persuaded Monroe to have nothing to do with the film. Susannah York makes for a very dull replacement and we can only try to imagine what Monroe would have done with what might have been her final role. Susan Kohner, dazzling in Douglas Sirk’s version of Imitation of Life (1959) and the fun, ludicrous All the Fine Young Cannibals (1960) is sadly given little to do here, obliged to play Freud’s wife Martha Bernays as a boring and submissive housewife.

The real reason to see Freud is for its star Montgomery Clift, in what would be his second-to-last role, apparently the last part to have fully captured his interest as an actor. Monroe (who died the same year Freud was released) famously called Clift, “The only person I know who is in worse shape than I am.” Freud, with its starring role for Clift and its many closeups, reveals the ruined actor with a far more unsettling clarity than does The Misfits, in which he shared the screen, in a smaller part, with Monroe and a dying Clark Gable. The last several years of Clift’s life, following the 1956 car crash that shattered his face and left him dependent on painkillers and alcohol, have been called the “longest suicide in Hollywood history.” While filming Freud, he developed cataracts in his eyes, making it difficult for him to see on set or read the script, but lending his performance as Freud a startling, eerie glare.

Huston, always game to work with troubled stars, often ran his sets like rehabs. But he also admitted to Clift’s biographer, Patricia Bosworth, “I can’t say I’m able to deal with homosexuals.” As a result, to take the part, Clift had to agree, not only to stay off pills and booze, however much pain he was in, but not to have any “homosexual relationships” or even “dependent friendships with older women” during filming. With its weird religious overtones (despite Freud’s own avowed atheism) and the heartrending, all-too-visible suffering of its lead star, Freud becomes a kind of passion play, as produced in mid-twentieth-century, psychoanalytic, compulsorily heterosexual America and, ultimately, a deathbed vigil for Montgomery Clift.

Freud screens tonight June 9, and on June 16, on 35mm at Film Forum as part of the series “Montgomery Clift.”