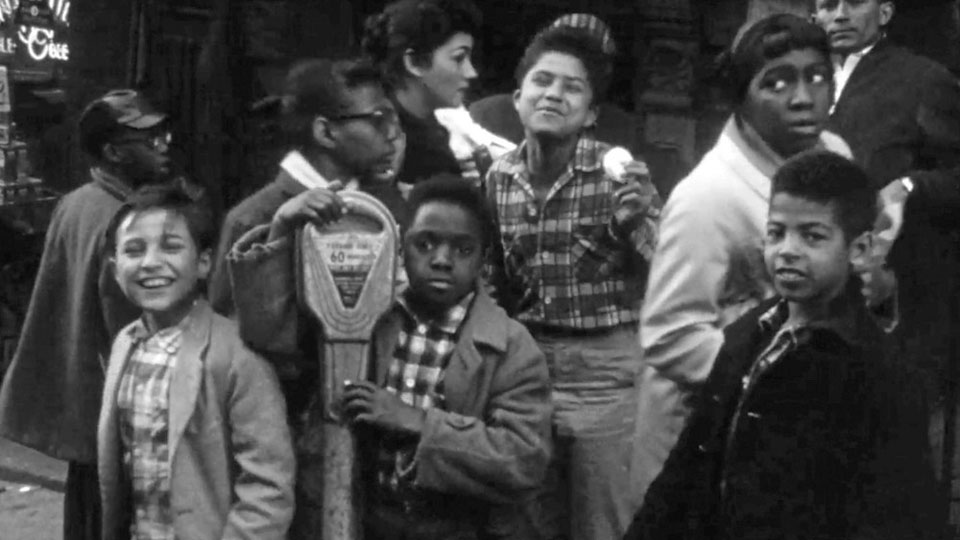 In 1957, Manfred Kirchheimer and Walter Hess wrote the script for a two-hour feature they called Dream of a City. It would be about the changing landscape of New York, in part a revival of the 1920s tradition of city symphony films. They shot about 45,000 feet — mostly on the West Side of Manhattan — over the next two years, but found themselves at an impasse in the cutting room. "We did more talking than editing," Kirchheimer has said, and the film went into storage.

Kirchheimer later received Hess's permission to approach the footage as raw material for other work. Some of it can be seen in The Claw: A Fable (1968) and Bridge High (1975), short poetic treatments of demolition and suspension bridges, respectively. Parts found their way into the feature Tall: The American Skyscraper and Louis Sullivan (2006). Eventually, Kirchheimer made a short film called Dream of a City (2018), after all. Now what remains of the original material has yielded the hour-long Free Time (2019).

The film opens on the spiraling tendrils of terra-cotta ornament, an interest to which it will return. The camera finds a game of stickball in progress, the first of several. Count Basie’s “On the Sunny Side of the Street” gives way to sirens and the conversation of scorekeepers. And so begins a series of even-tempered vignettes, some scripted and others chanced upon.

People perch in lawn chairs or on the hoods of automobiles as elsewhere, maybe only around the corner, the city is pulled out from under them. Residential blocks are reduced to rubble. The rubble is set on fire, and its ashes are flattened with a plow. By the late 1950s, The Mayor’s Committee on Slum Clearance (chaired by Robert Moses) was in full swing, and Kirchheimer has cited the destruction of tenement houses in the development of Lincoln Center as one inspiration for these images. We return to scenes of play, now set among ruins.

In the 60 years that separate the New York of Free Time and our own, some aspects of life have proved resilient. The congress of children still mostly has the serious air of liberation about it. Sunlight still dazzles the fenestration of the block at the correct hours. We keep somewhat more dogs and somewhat fewer newspapers.

The machinery of so-called urban renewal has, of course, only accelerated, as has the financialization of our housing market. In a scripted scene from the film, a man bundles his belongings tightly against a pushcart and walks until he must sleep where he stands. Kirchheimer and Hess could not have imagined when they wrote the character that there would be some 80,000 people unhoused in the city by the time their film was seen.

Free Time screens in MoMA's Movies from Earth series at 2:30pm Saturday, May 14. Kirchheimer will be in attendance for a Q&A.