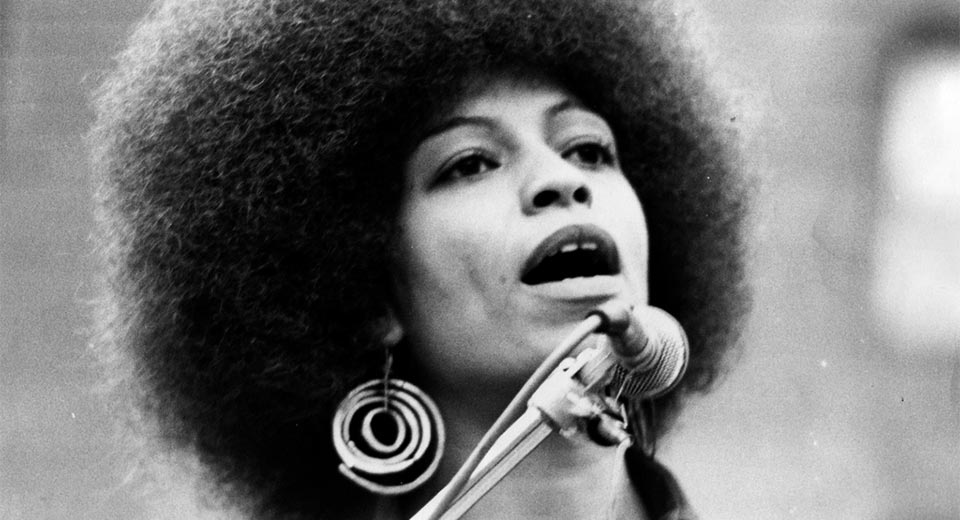 "If Angela Davis were not Angela Davis, she would never have been prosecuted." remarked defense attorney Leo Branton Jr., to the New York Times on June 5, 1972. Meticulously researched and crafted from rare archival materials (FBI transcripts and off-the-record audio) as well as on-camera interviews with key players in the landmark 1972 Angela Davis case (including Davis herself), Shola Lynch's Free Angela And All Political Prisoners offers a sweeping account of the US government's failed attempt to silence and subjugate a powerful political dissident. This 2012 documentary is essential viewing for generations of Americans whose high school history textbooks likely omitted this radical scholar, activist, and black feminist icon from our national consciousness. And while it truly is a shame these are the circumstances surrounding the value of this film—better late than never. Better here than nowhere. And better today than tomorrow.

It's is especially interesting as an indication of how much the documentary genre has evolved in the last six years, as the film does suffer from somewhat dated dramatic reenactments in the style of a 90's-era made-for-TV movie. Tastes and techniques have shifted for documentary dramatization since the advent of the big-budget Netflixian docuseries; films like Errol Morris' Wormwood have set a new and exciting standard for depicting historical events for which there is no archival footage. It may be challenging for some viewers to endure Lynch's Ken Burns-y voiceovered visuals (she did work for him, after all) but they are few and far between enough to serve the narrative rather than detract from it. Despite some anachronistic aesthetics, the film persists in its relevance and urgency, even manages to entertain. Listen for the words "I love you, baby" and you'll see what I mean. The life and work of Angela Davis merits a lifetime of documentary films; this one plays tonight at BAMcinématek as part of their Women at Work: Radical Creativity program, now playing though August 16.