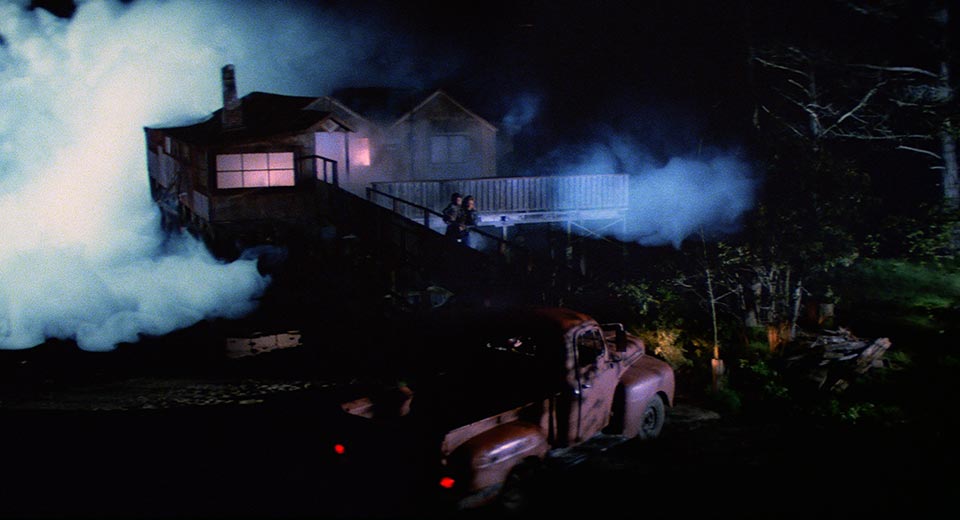 John Carpenter's The Fog (1980), screening this Terror Tuesday at the Alamo Drafthouse, is a classic ghost story edged by the '80s slasher craze the director helped initiate with Halloween (1978), but that was also a continuation of what Alfred Hitchcock introduced with his iconic proto-slasher, Psycho (1960). The Fog owes a lot to Hitchcock, not only on the surface – it stars Janet Leigh and her daughter, Jamie Lee Curtis, and some scenes were shot in Bodega Bay – but also in the deft use of suggestion to ratchet up the suspense.

The backstory, about a shipwreck and stolen gold and vengeful undead sailors, is less important than the unique aesthetics of the movie, something that made the low-budget Halloween so effective. If that film was all about the framing of shots, especially those that showed "The Shape" looming just out of focus in the background, The Fog is all about lighting effects, with Carpenter taking on the moody chiaroscuro of vintage Val Lewton movies to lend a spooky, supernatural vibe to the natural world. This is also a function of the story as the film's primary villain is an evil glowing fog that strikes a small coastal town after midnight.

Like Stephen King, Carpenter begins with a challenge: there isn't anything especially threatening about fog, unless you're captaining a ship at sea. But also like King, Carpenter manages to make the rolling white vapor dreadful, associating it with genuinely frightening scenes. The stuff attacks the town's infrastructure and brings with it those pesky undead sailors, descendants of The Shape, armed with rusty hooks and swords and hell-bent on killing. Carpenter never shows too much, always keeping the figures just out of view, with the exception of a few grotesque glimpses that adequately portray their extreme decay. The worst of them is a tall, red-eyed creature played by Rob Bottin, the film's makeup effects designer who would famously work with Carpenter on The Thing (1982).

Though The Fog doesn't have the same narrative depth of Starman (1984), a brilliant parable about America's xenophobia during the Reagan Administration, it is a showcase for what makes the Carpenter horror idiom so indelible.