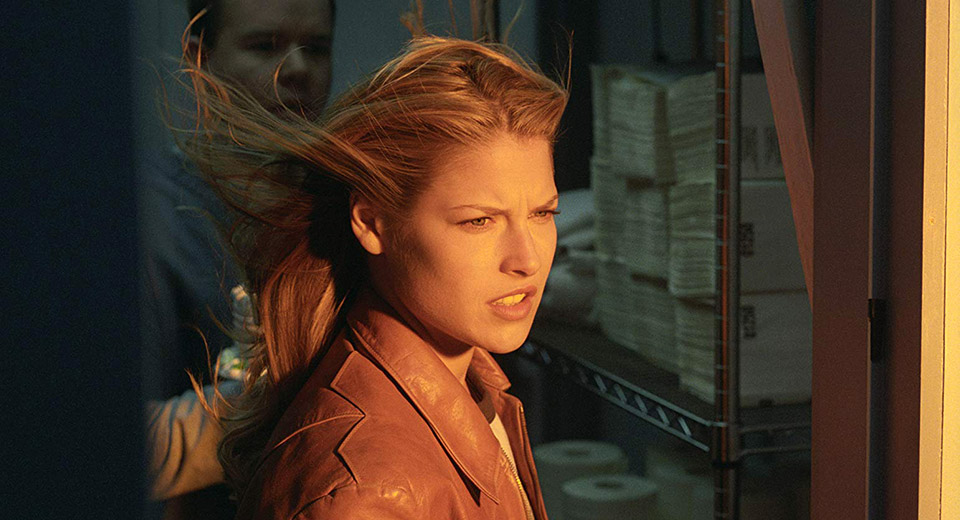 Animated by a series of ingenious chain-reaction schemes culminating in human dismemberment, the Final Destination series compels viewers to consider the paralyzing and thrilling idea that existence is merely a series of booby traps set between us and the grave. The second entry of the series, Final Destination 2 (2003), screens at Anthology tonight as part of their “Infradestruction! (aka When Infrastructure Attacks)” series in which the concrete and asphalt of modern society rise against their creators. FD2 plays a fantastic game of one-upmanship with itself, making for one of the better entries in the robust series, currently under reboot consideration after five films that span the first decade of the twenty-first century.

Driving to Daytona Beach for spring break, Kimberly (A.J. Cook) receives a premonition of a highway pileup that ends in the deaths of her and her friends. The vision introduces us to a series of one-note characters whose fates hang in the film’s balance: there’s the cokehead, the pregnant woman, the lottery winner, the career gal and a teenage son at odds with his wine mom. Each will meet an exquisitely grisly end ripped straight from the margins of a burnout’s Algebra I notebook, all thanks to Kimberly, who cheats death out of its due. As returning audiences familiar with the franchise know, death is first and foremost a planner and responds poorly to spontaneity. Kimberly snaps out of her premonition with just enough time to prevent the accident, thereby saving a dozen lives and unbalancing death’s ledger.

Restricted in its havoc-making powers, FD’s incorporeal death can only seize upon coincidences or set small objects in motion that will snowball with increasingly larger effects. So rendered, death resembles a Greek deity: vain, capricious, curiously limited. Final Destination 2 and its siblings literally visualize what most of us often feel without articulating: The universe is against us. We usually disavow such narcissism, but the Final Destination franchise’s trademarked brand of screwball existential catharsis temporarily relieves the burden.