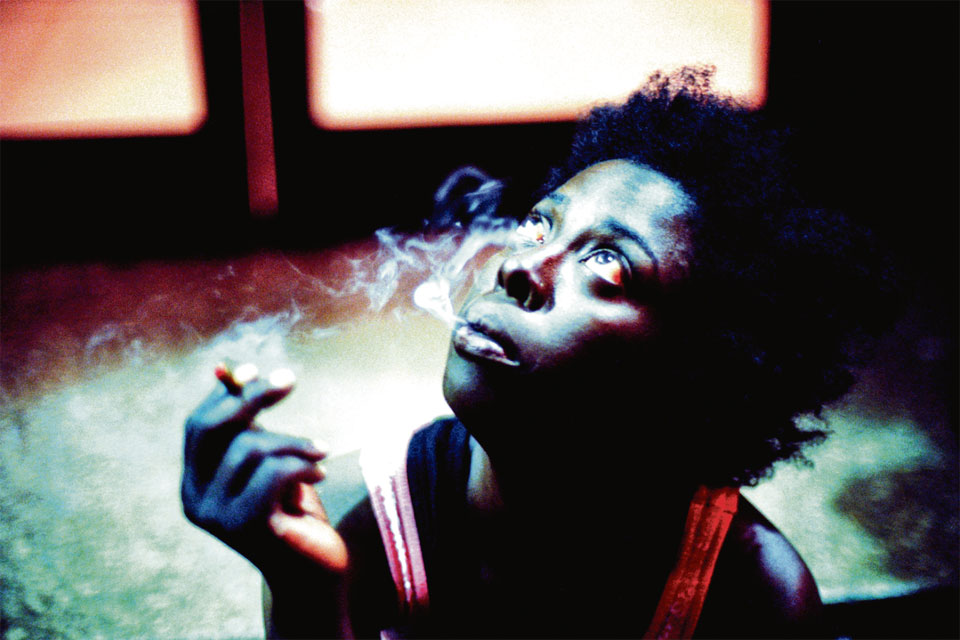 Field Niggas, a documentary by Black filmmaker Khalik Allah, is crucial to your ‘anti-racist’ watchlists during this time when violent racial capitalism and police antagonism is being uncloaked from the peripheries of non-Black people.

It's a kaleidoscopic film that serves as a portraiture of Black people who are often dismissively passed on the streets of New York. Allah, a native to the NYC and Long Island area like myself, is able to highlight Black narratives from this street corner in Harlem through stark and dizzying shots. The work is essentially a stream of consciousness — every person gets their own choker or cowboy shot intermingled with J cuts of audio storytelling that leaves the viewer wondering if that particular story at the time matches the person on screen.

This posits Allah’s subjects as the heroes of this tale; experts in resilience and survival through poverty, addiction, motherhood and more, and in unity with one another as they find community in the impossibly inflexible oppression of capitalism, racism and sexism. Even the title suggests that these people — who are left unnamed throughout the film — are the class in which we owe our successes. They have the most work on their backs and wield the most scars, as did the field slaves in comparison to the house slaves of the 1800s.

When we pass houseless and addicted people on the street, what are our thoughts and assumptions? Do we assume that addiction and houselessness are the faults of the individual and demonstrate shame and antipathy to these people?

Through this hour-long, and at times exhausting, back-and-forth of slow-moving imagery and disconnected audio, Allah forces us to confront those assumptions and the reality of the oppression we all contribute to. In this documentary, police presence is also set as a constant reminder. Officers themselves get choker shots with audio of the Black people on this Harlem street corner speaking of the constant harassment they face by these same officers. The ‘field niggas’ that Allah focuses on are not homeless, because they have home in their connection with one another and their parallel narratives but lack a physical house. One that would provide protection from the forces that got them to this corner in the first place, and that subjugates them to ostensible violence — passive and active.

Race and class are inextricable, and a fight for one of us, should be a fight for all of us across class lines. Field Niggas is currently streaming on the Criterion Channel as part of a series of Four Films by Khalik Allah, which includes an introduction by the filmmaker.