The Fate of Lee Khan 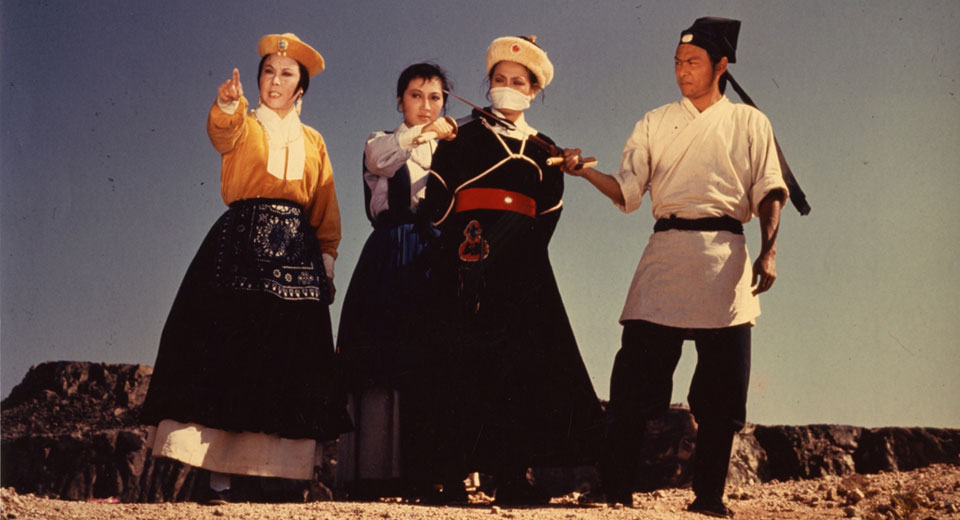 King Hu’s 1973 film The Fate of Lee Khan is screening at Metrograph theater as part of the Old School Kung Fu Fest. The films in this year’s fest in the spirit of pussy not only grabbing back, but delivering a brutal roundhouse kick to the face, focus on the women of Chinese martial arts cinema—global superstar and “Bond Girl” Michelle Yeoh, “Lady Kung Fu” turned Queens restaurateur Angela Mao, and more. Grand Dame of Chinese cinema Li Li-Hua and Angela Mao star in Hu’s Lee Khan, which, compared with some of the director’s most celebrated films, comes in at a modest hour and 45 minutes. The pleasure of Hu’s sprawling epics such as A Touch of Zen, Legend of the Mountain, and Raining in the Mountain come largely from their leisurely pacing, poetic digressions into landscape and nature photography, and philosophical/religious reveries, but Hu however, has another mode, as those familiar with his masterpiece Dragon Gate Inn know. Lee Khan falls into this category of Hu’s oeuvre. It is a plot driven tale of secret identities, filled with comedy and quick dialogue and sharp cutting, where the action is set (for the most part) in a single location—a large inn where the rooms surround an open area that sets the stage for the battles to come.

In The Fate of Lee Khan, Wan Je-mi (Li Li-hua), a resistance fighter opposing the ruling Mongols, receives word that the crooked government official, Lee Khan, will be staying at her inn during his travels. To prepare for his impending arrival, Wan Je-mi enlists a group of young women warriors to pose as “waitresses.” Here the viewer gets their first glimpse of the wuxia action, when lecherous customers attempt to grab one of the monochromatically attired heroines, they deftly pivot, or block the unwanted touch with smiling ease. Here the film is at its most unhurried and pleasant as various customers come in bringing with them various problems and Wan Je-mi and her young staff must find ways of redirecting, pacifying, and, when necessary, combatting them. In this way the film is reminiscent of Destry Rides Again, and other classic American westerns where a shrewd and capable woman must choreograph a constantly flowing ballet of redirection and appeasement to keep her “place” running smoothly and free from excessive violence. What the American westerns lacked however was the brilliant choreography between moving bodies and perfectly placed cameras which Hu’s film gives us. Heroes and villains turn the inn’s collection of stools and tables into a twisting, turning dance of moving bodies and objects. The fight sequences point toward what the work of Sammo Hung, who had a hand (probably a foot too) in the choreography, Jackie Chan, and Yuen Woo-ping would become—chess games of limbs and objects in constant motion, the action often exhaustively exploring every possibility a space has to offer, flowing through the environment like a wave finding openings in a rocky shore.

Eventually the rebel group grows beyond Li Li-hua and her band of “waitresses” and Lee Khan is confronted. The film’s most memorable and engaging element however is its collection of women warriors, who fight two battles in the film, one involves swinging swords and the other, assumptions about their gender and the groping hands which might accompany them.