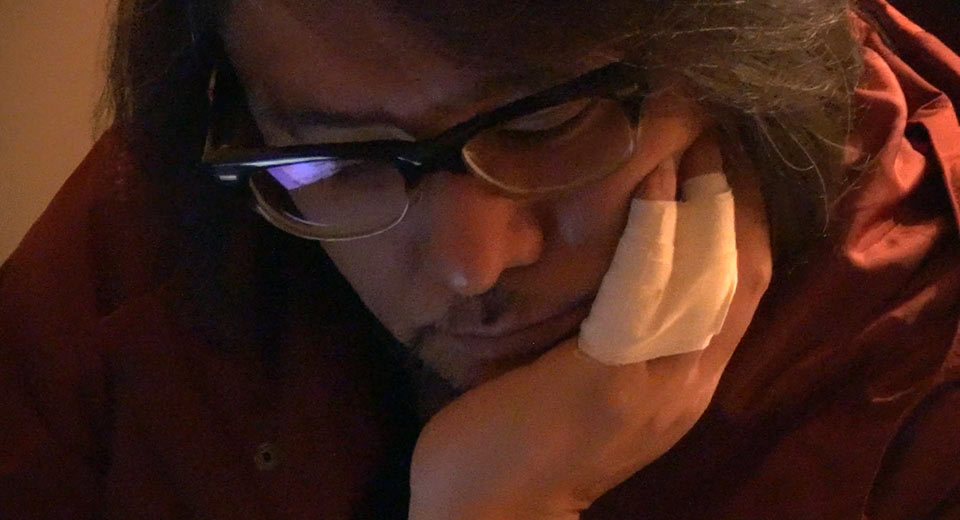 By 2014 Mamoru Samuragochi was one of Japan’s most famous composers: a child of Hiroshima survivors with a degenerative hearing condition, his disabilities earned him the epithet of the “Japanese Beethoven.” After celebrated scores for video games like Resident Evil and Onimusha, Samuragochi’s celebrity grew with a hometown commission on the occasion of the G-8 ceremony commemorating the Hiroshima bombing. This was accompanied by an autobiography and a widely viewed documentary film broadcast on NHK that parlayed the “Hiroshima” piece into something of an anthem for 2011 earthquake and tsunami survivors. And on the eve of the 2014 Winter Olympics in Sochi, in which figure skater Daisuke Takahashi was to use one of Samuragochi’s compositions, a timid music teacher named Takashi Niigaki came forward with a shocking claim: Samuragochi was not deaf, and Niigaki himself was the author of Samuragochi’s compositions. A month later, Samuragochi gave an apologetic press conference that, in summary, seemed to confirm Niigaki’s account.

This is not the narrative, but the point of departure, for FAKE , Tatsuya Mori’s deceptively low-key and intellectually riveting documentary portrait of Samuragochi—one of the must-see entries in the 2016 Japan Cuts line-up. Niigaki’s claims were widely reported in international media: domestically, the story was the subject of award-winning investigative journalism accounts while Niigaki became a media celebrity, author, and even unlikely fashion model; abroad, the story was widely and in some cases in-depth reported on by the BBC, The New Yorker, and The New Republic. Catching up with Samuragochi and his wife and sign language interpreter in a modest Yokohama apartment in a state of self-imposed isolation, Mori learns that what was widely and superficially described as a simple case of fraud might not itself be what it seems. Over many months, Mori shoots in an intimate, single-camera style almost entirely within Samuragochi’s home, and a new story unfolds that blurs all counterclaims to the direct refutation of supposed facts. A picture develops of a man who is not without culpability for his downfall, yet ultimately victimized by the over-simplification of sensational press narratives. It seems the nature of everything from Samuragochi’s disabilities, to his and Niigaki’s collaboration, to even the claim that Samuragochi was unable to read and write music is more complicated than had been reported.

Or—get ready for it—is it? Mori, who previously made documentaries on the Aum Shinrikyo cult, is primarily known as an author: one of his books, adapted into a television show, is called Documentaries Lie. In his detailed portraiture, there’s little reason to doubt much of Samuragochi’s account. The mind reels with questions of authenticity and authorship, and it’s not difficult to interpret the pair’s collaboration as hardly dissimilar from the relationship between most visual artists and their assistants. Arguably, Samuragochi’s mythic persona and perceived exploitation of disabilities—both his own, and those of others he performed with, or to whom his music spoke—are more to blame for his downfall than questions of authorship. And yet where do we draw the line between sympathy, the allure of narrative, and skepticism? FAKE is a master class in all kinds of disbelief.