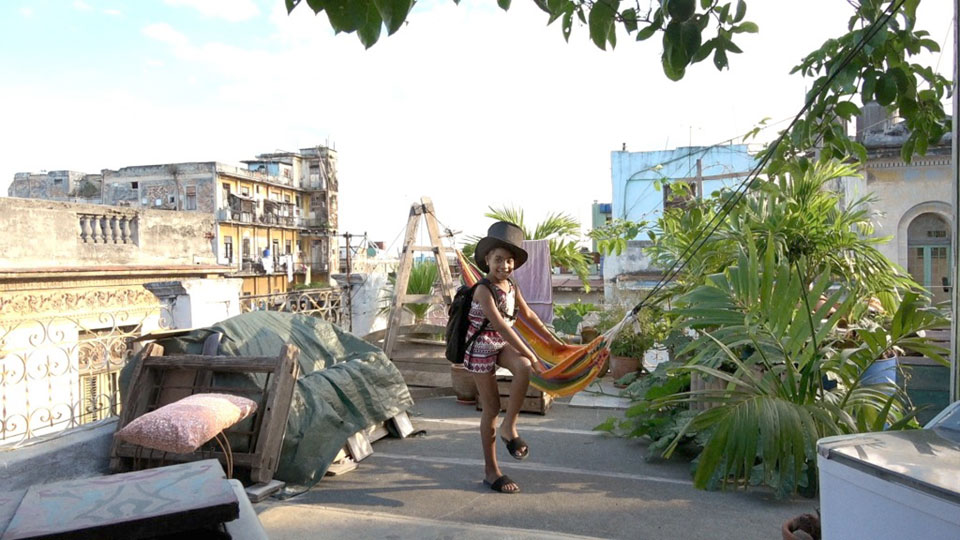 “Una mentira!” “All lies,” Cuban children in Hubert Sauper’s Epicentro scream while they watch an American propagandist retelling of the story of USS Maine. In Cuba, even the children know the songs of their country’s revolution and its mythical leaders, and the lies America tells of its interest in Cuban independence. Epicentro, set in Havana, is an exploration of the shadowy place that resides in between truth and myth, both their borders diffused and smoky. Adorno and Horkheimer had argued “myth is already enlightenment, and enlightenment reverts to mythology.” Epicentro is Sauper’s meditative focus on Cuba and the various myths that surround its modern history.

Sauper takes to the streets of Havana, spends time with their denizens (mostly children, whom he calls “little prophets”), and talks to them about dreams, hopes, utopias, and revolution. As much as his authorial eye is pointed towards these people, he also points a finger at himself and cinema as an enterprise. He inspects the complicitness of the moving image in furthering the motives of American imperialism. “The camera is the symbol of colonialism of America,” a character says from a TV screen in Epicentro. A tourist asks a Cuban woman if she misses the world of options that capitalism opens up in countries outside of Cuba, while the filmmaker struggles to find an answer to a question he is asked: “How much does cinema resemble tourism?”

Apart from the world’s festishistic obsession with Cuba, the thing that is most disconcerting about Epicentro is the wisdom of the children. They explain what the Platt Amendment is, call out Trump for his racism, and talk about America’s colonialist policies with a clarity and surety we wish our news channels adopted. Like Sauper, we hold on to the hope that these prophets will, one day, proselytize, and the world might have a chance at surviving.

As waves crash against the Malecón esplanade, Epicentro reminds us of the myths that we build our lives upon; some of us believe in the myth of building walls and some of us cry at the death of our mythical leaders. “By creating stories, we create reality,” says actress and cinematic scion Oona Castilla Chaplin, one of Sauper’s Cuba-based friends. And we all do it in search of an elusive utopia, a paradise.