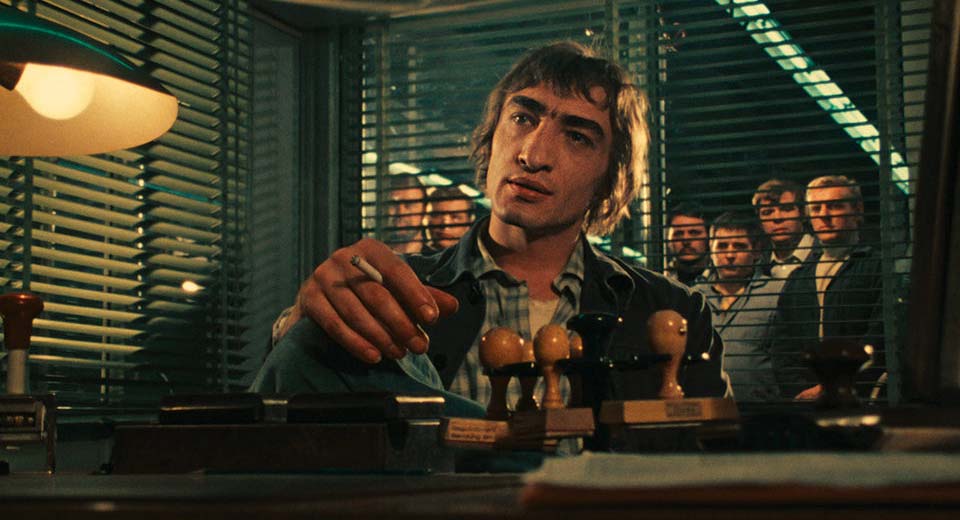 In 1972, when Rainer Werner Fassbinder began filming Eight Hours Don’t Make A Day, the hope blossoming in West Germany after the election of popular Social Democrat Willy Brandt was just being ground back into the dirt by party betrayal. The crippling of Brandt’s political power, and with it the social and labor improvements he pushed, spurred the then-27-year-old Fassbinder to respond with an ingenious idea. Melding worker ideology to the already popular ‘family series’ style, he provoked thought through relatability, and instead of sermonizing interlinked political struggle and everyday drama in genuinely engrossing entertainment. Call it Occupy Genre.

Made for television broadcast, he five episodes are named after and follow three generations of blue-collar family the Epps and their intertangled work and lives. Though Fassbinder earned a reputation for depicting love as pain-inflicting misery, here it’s sweet and earnest, even including love at first sight between son Jochen and typist Marion.

The infectious optimism of grandma Oma’s audacity tints everyone’s lives, particularly the series’ main plight of workers at Jochen’s factory struggling to realize their own worth. Divorce, worker reorganization, an invigorating late-life love, moving from a home of 27 years—the repeated message of the series is that just because things have been one way doesn’t mean they have to stay that way, and life can be better for the change. The series certainly takes a sour look at bureaucratic myopia, from the factory’s petty middle manager taking pains to quash ambition, to the stuffy fury of a small-time bureaucrat denying a needed nursery permit.

According to the Fassbinder Foundation, scripts were written for eight episodes, but shooting was discontinued after the fifth. The head of the television department gave the reason that the series wasn’t realistic enough; perhaps that’s because its characters’ optimism was rewarded instead of beaten down. With our current atmosphere of ludicrous doom, the recent restoration couldn’t have come at a better time—in the spirit of the series and in the words of Brandt, "Wir wollen mehr Demokratie wagen" (let’s dare more democracy).