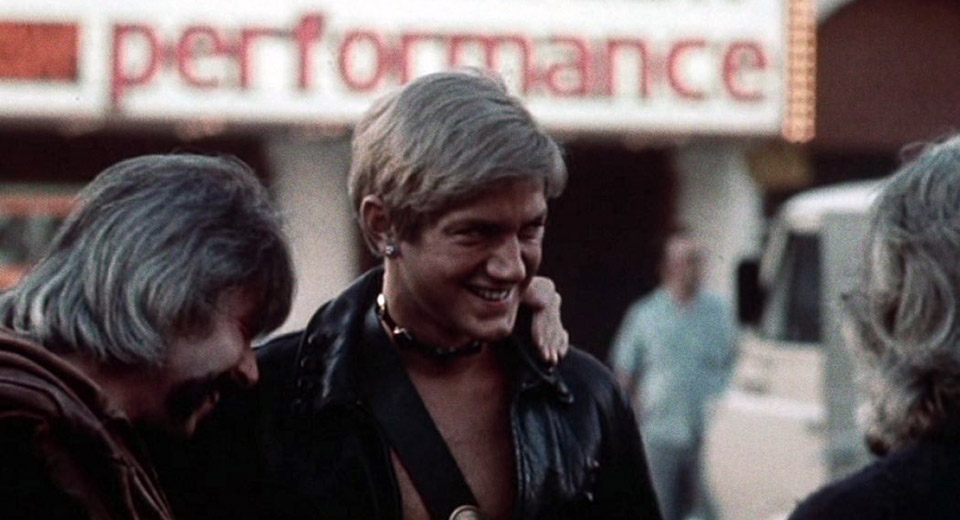 On film, heroin addiction viscerally ennobles society’s discontents. The junkie rejects capitalism’s endless coercion despite his lifestyle’s miscrocosmic relation to the consumer society’s treadmill of desire and temporary relief. The subgenre resembles the gangster movie in its spurious messaging. Tony Montana is gunned down, Jared Leto loses his arm, but audiences exit basking in the vicarious glow of lives lived at speed. It’s not merely the palliative reverie audiences covet, but the tragic existence that plays out in seedy motels and emergency rooms. Even at its grimiest, the dope scavenger’s cinematic day-to-day is pleasingly elemental in a manner similar to our current cycle of post-apocalyptic survival stories. These lives are enticingly present-tense, focused and embodied, unworried by the catalogue of decisions wearing the rest of us down.

As dope sagas go, Dusty and Sweets McGee (1971) says the right and proper things in regard to the miseries of addiction while simultaneously showcasing the wrong and crass beauties of life on the skids. Purportedly starring actual junkies playing loose versions of themselves, Floyd Mutrux’s film sports handsome, lived-in soliloquies amid shapeless footage of drifting youths in search of money and drugs. It’s a neorealist travelogue held together by quietly profound exchanges between self-aware yet unapologetic users.

This is what an authentic American New Wave would have looked like. Mutrux’s camera contemplates his performers, straining for the right view, uncertain of how far to intrude, as though his characters were liable to call the whole operation off at any moment. The basics of film grammar are utterly absent as entire scenes unfurl in closeup or terminate abruptly into pop-scored montages of L.A. nightlife. Mutrux heroically fashions affecting drama without the language of eyeline matches and counter-shots forged by Hollywood studios. Ultimately, Dusty and Sweets McGee is a singularly invigorating dead-end, an artifact of an alternate dimension, a tragically abandoned path.