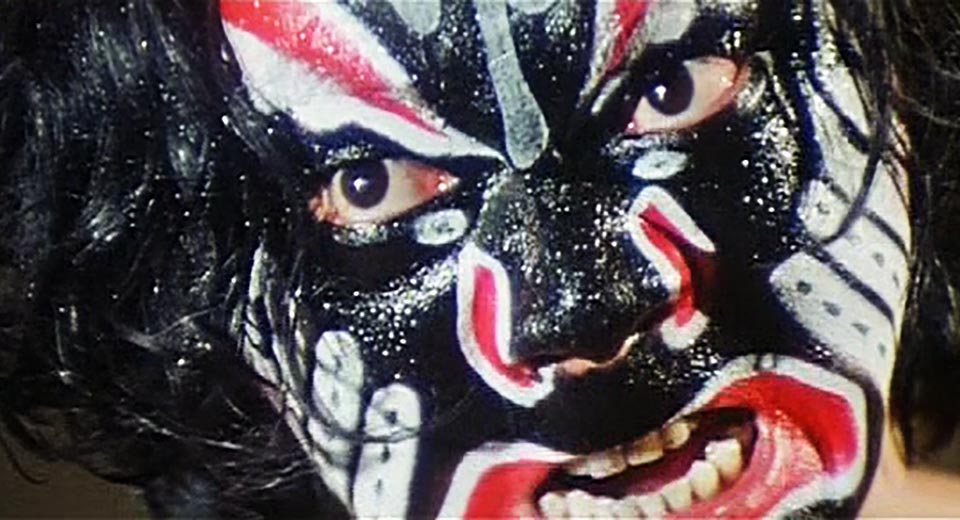 How best to cinematically kick off the first day of summer—goofy comedy? Ludicrous slasher flick? Gorgeously choreographed action movie? With 1981’s rarely screened Dreadnaught, part of Anthology’s This Is Celluloid: 35mm , there’s no need to choose—the plot flips between genres and set pieces nimbly as any of the actors across screen.

Starting as a brutal revenge movie about criminal-on-the-lam White Tiger (Yuen-Shun Yee), quickly switching to slapstick as laundry boy Mousy (played with cowardly agility by Yuen Biao) tries and fails to get payment for services rendered, then veering into buddy-movie territory when kung-fu apprentice Leung Foon (Leung Ka-yan) takes pity and helps Mousy face his most difficult customer, the disparate plots and characters don’t even try to come together until over 40 minutes in, when Mousy and Leung Foon unknowingly cross paths with twitching ball of frayed nerves White Tiger. The jingling of Mousy’s lucky necklace pushes White Tiger from short-tempered, violent criminal into psychotic, giallo-style killer in a scene that shouldn’t work, yet like the rest of the film, breezes by on sheer audacity. The wide, brightly lit shots of Leung Foon comically slapping around an opera bouncer and dark, saturated extreme close-ups of White Tiger dragging swaths of thick paint across his face as he transforms are so tonally dissonant it’s like cutting between two different movies.

White Tiger’s outfit, serving up serious Peking opera shibari ninja realness, marks yet another shift to horror movie as White Tiger stalks and hunts down clueless, jingling Mousy throughout the rest of the film. The entire movie could easily have been about White Tiger—we’re introduced to him first, learn the source of his rage and watch it grow to the breaking point. Instead he devolves into a superhuman force of pain, his face a contorted cartoon mask even without the paint, and we get a buddy comedy with the occasional intrusion of a nightmare. Again, this shouldn’t work, but helmed by the dream team of Wong Jing (writer of the equally outlandish Naked Killer and God of Gamblers) and Yuen Woo-Ping (director of Drunken Master and fight choreographer par excellence, including the entire Matrix trilogy), the constantly meandering plot is easily forgiven as it serves the set pieces and choreography to dazzling effect.

The Demon Tailor sequence alone is worth the price of admission, pitting Tak-Hing Kwan, reprising his role (played by him in over 70 movies, a record) for the last time as folk hero Wong Fei-Hung against a rival school’s assassin posing as suit-maker. Kwan’s elegance and speed contrast perfectly with his enemy’s sheer (and shear) persistence, both keeping up the tailoring pretense in the face of increasingly blatant violence.

Wong Jin said his movies were hits because he gave the people what they wanted, not what he thought they wanted. Dreadnaught makes his point for him—it’s everything a summer movie should be.