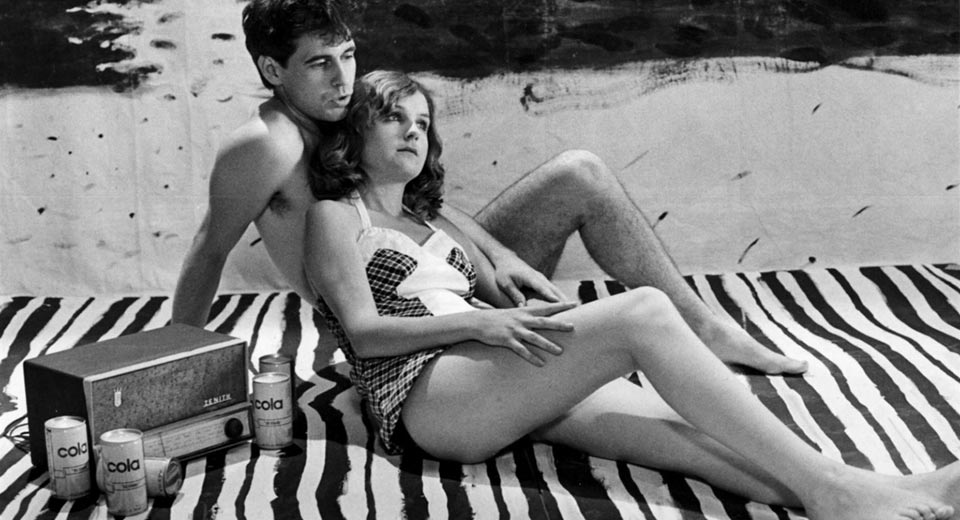 Andrew Horn’s deadpan paean to melodrama Doomed Love plays as part of Spectacle’s Best of 2016 for the last time today. The wife of aging professor Andre (avant-garde mainstay Bill Rice) has recently died. Not wanting to continue without her, he attempts suicide. During his recovery, Andre meets Lois, a sweet young nurse. Just starting married life with equally naïve Bob, Lois is fascinated by Andre’s feelings for his wife, so strong that in losing her, he lost his will to live. Andre in turn is enchanted by Lois, and the two fall into a platonic, unspoken romance. If this sounds like clichéd schmaltz, that’s absolutely intentional and completely incorrect.

Horn (The Nomi Song) said in an interview, “instead of the East Village I was taking my cues from Daniel Schmid and Werner Schroeder.” But soaring theatrics were flattened, with help from his No Wave collaborators, into an idealized collective memory of Romance and Love (quite literally in the case of amazing 2-D sets by artists Pamela Wilson and Amy Sillman). Off-Off Broadway fixture Jim Neu contributed hypnotically bland dialogue, the slogan-like repetition reflecting his fascination with the effects of pop culture. Combined with blank delivery it acts as anti-bromide, sparking genuine emotion through banal statements and platitudes.

With stilted formality, Doomed Love covers the full spectrum of ardor portrayed—from vintage tearjerker rerun, to marital bliss tableaux so contented they break out in song (yes, it’s part-musical), to audio-checking its operatic inspiration. The film ends with a sudden leap connecting everyday yearning to the grandiose world of myth—the bittersweet realization that only emotions frozen remain eternal. Doomed Love hasn’t played in NYC since its premiere over 30 years ago; hopefully this redux screening helps it find the audience it deserves.