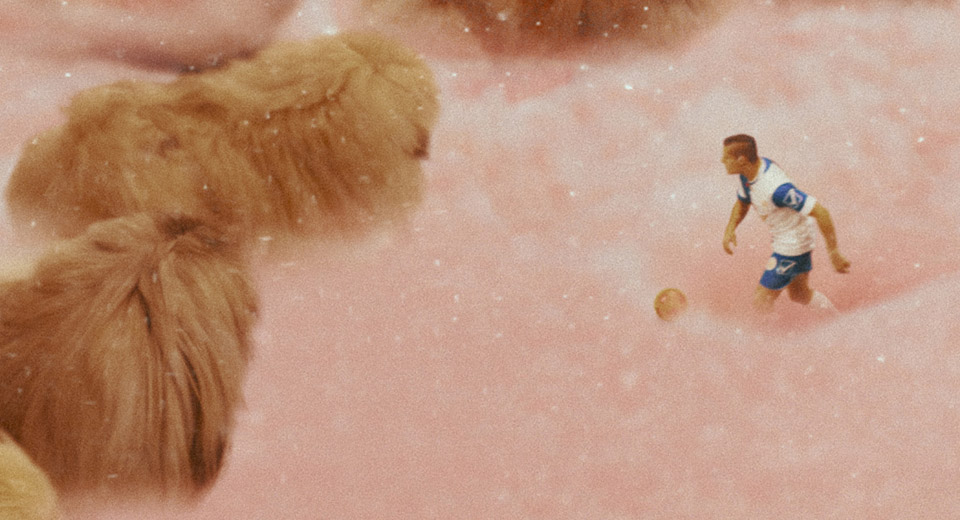 Slapping together hot-button topics into a sub-Lubischian plot, the self-consciously zany Diamantino squeaks by on charm. Diamantino is Portugal's star footballer, his professional edge his complete naivete – the film's finest moments show his point of view on the field, opposing players replaced by long-haired puppies romping in candy-pink fluff. While sunning on his yacht one weekend he encounters raft-bound refugees whose plight pops his innocent bubble, causing him to lose the World Cup and become an international laughingstock. From there it's a melange of lesbian government operatives, evil twin sisters, genetic modification and nationalism, as Diamanto's unwittingly embroiled in a scheme to Make Portugal Great Again through sports deification. Carlotto Cota's sweetly vapid performance sells a lot but can't quite make up for a paper-thin romance, and some of the CGI towards the end seems more mistake than stylistic choice. Still, despite including nearly every politicized issue of the day, the film never pretends a depth it doesn't have, making this ostentatiously oddball comedy enjoyable as a desktop folder full of puppy pictures.