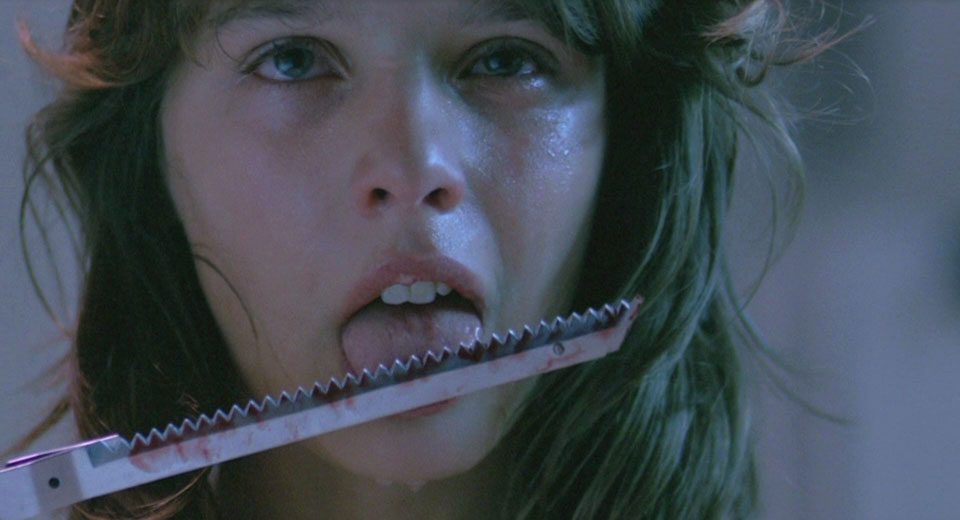 The lovelorn interior life of a teenage girl is a masochistic one. The more one pines for what will ultimately be unrequited, the more “real” such love somehow becomes. When the object of obsession fails to live up to one’s expectations, where does the fierceness of that love go?

Der Fan (1982), Eckhart Schmidt’s psychosexual portrait of teen girl fandom gone terribly wrong, shows the extreme ramifications of a young mind staring into the abyss and finding only their fragile idolatry staring back. Simone (Désirée Nosbusch) spends her days daydreaming of “R” (Bodo Steiger), the frontman of her favorite pop group. Her walls are covered in his image, her headphones constantly filled with his voice, her every waking thought consumed by the fantasy of their inevitable future together. When she finally meets “R” face-to-face and learns that he isn’t everything she imagined, she can then only destroy him.

It’s the final third act that makes the Der Fan notorious, but it’s the slow-burn of what precedes that makes it truly effective horror. The film’s otherworldliness reflects Simone’s deteriorating mental state. As she floats through the world entranced by the romance of the New Wave sounds in her headphones, an aloofness that in another film might be portrayed as idiosyncratic, we see how alienated she actually is. All of the feathered hair and sleek ‘80s aesthetics only enhance the fetishistic symbols that hypnotize Simone.

The Euro-shock cult classic has reached a wider audience over the past few years following release on Blu-Ray, but here’s your very rare opportunity to see it on an imported 35mm print as part of Alamo Drafthouse’s Terror Tuesday series. However, if you can’t make it tonight, you haven’t missed your only chance to see it on a big screen: Spectacle Theater is screening Der Fan throughout December.