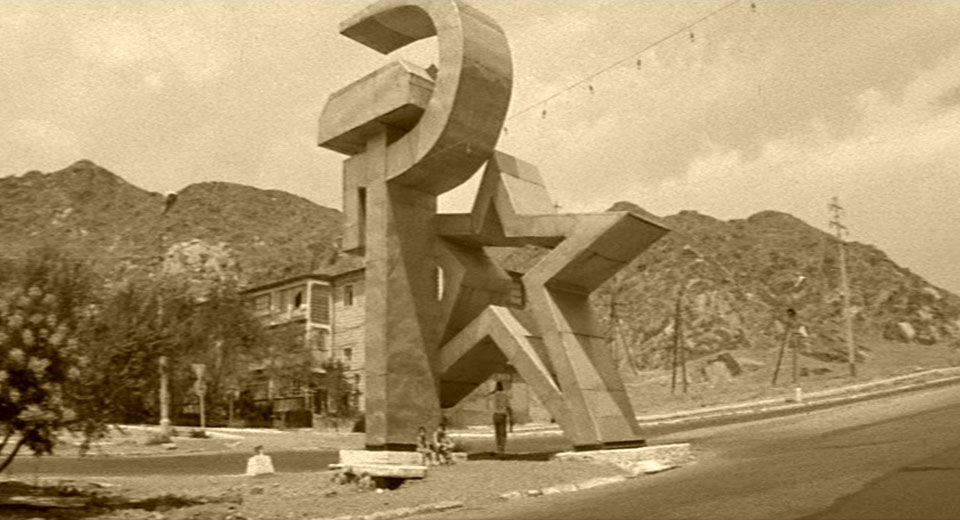 Soviet science fiction can be disarmingly terrestrial. While American sci-fi during the Cold War focused on space ships filled with blinking buttons, smooth white walls, and talking computers, Aleksandr Sokurov's Days of Eclipse opens with an ethnographic sweep of the population of the Turkmenistan desert, many of whom are soon-to-be patients of the handsome new town doctor, Dmitri Malyanov. The impoverished villagers, though, are science-shunning and superstitious — in fact, they are the perfect case study for Malyanov, who is researching religion's effects on human health.

Interspersed with documentary footage of the Turkmenistan people, the only thing truly "otherworldly" about Days of Eclipse — at least at first — is its relentless attempt to confuse and disorient the viewer. Cut in with radio broadcasts, murmuring voices, and Yuri Khanon's phenomenal score, the plot is intentionally obtuse and destabilizing. Most distinctive of all is the film stock itself: Sokurov switches between a full-color palette and rich, golden sepia tones seemingly without any pattern or reason at all.

The strategy might come as a shock to people familiar with Sokurov's best known work, Russian Ark, which is necessarily crisp, clean, and choreographed. Sokurov's approach to the meandering story of Malyanov is instead reminiscent of Andrei Tarkovsky's Stalker from nearly a decade earlier. Days of Eclipse and Stalker both originated as novels by the Strugatsky brothers, whose visions of post-apocalyptic or extraterrestrial worlds are oddly, and often disturbingly, Earthlike (the summit of this approach can be seen in the two adaptations of Hard to Be a God. Peter Fleischmann's version plays today, also as part of Anthology's series on the novelists). Days of Eclipse, like Stalker, brews slowly and strangely, and makes the world we occupy as alien to us as a Hollywood film stage of Mars. Maybe even more so.

Days of Eclipse becomes increasingly unmoored as the doctor's research meets obstacle after obstacle. Sokurov himself stays grounded — literally — as the camera obsesses over human flesh and the sweltering desert. What might seem almost homoerotic to a modern audience is simultaneously as spiritual and blasphemous as prayer to an ancient god.