Dancer in the Dark 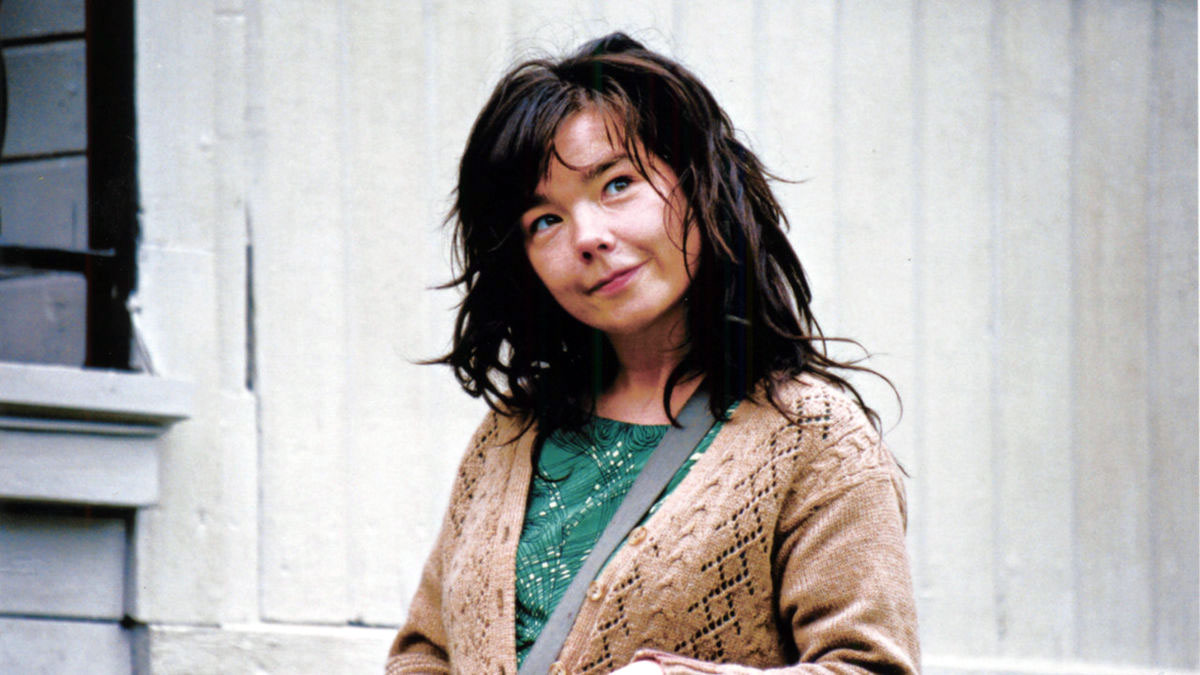 Dancer in the Dark (2000) is a emotive musical with a reasonably bland narrative. The concluding installment in Lars von Trier’s Golden Heart trilogy, the film — like its predecessors Breaking the Waves (1996) and The Idiots (1998) — focuses on a young, big hearted, naïve woman who is punished for her sincerity (golden heart) by the film’s end. In Dancer in the Dark, this woman is Selma Ježková, played by a magnificent Björk in a performance that won her the Best Actress award at Cannes. Selma is a Czech immigrant factory worker living below the poverty line with her son in a trailer on the property of the local police officer. She has a hereditary degenerative eye condition that will soon render her blind and threatens the sight of her son. Her life is precariously defined by a complex intersection of ableism, wage-labor, immigration, and poverty expressed by her position as factory worker in unsafe conditions. Unfortunately, these aspects are only briefly touched upon and could have been further expanded in the narrative to ground the town’s eventual uprising against Selma. Instead, it feels unexpected and somewhat illogical. But where certain threads of the narrative fall short, the musical sequences greatly make up for it. When the songs appear they relieve the claustrophobic tension of hate onscreen against both Selma and the audience.

Although the direction of the film is attributed to von Trier, we might want to revisit and revise the authorship of this film. Hollywood, and even Hollywood-adjacent pictures like those of the Dogme 95 movement co-founded by von Trier whose aesthetics inform this film have a terrible habit of erasing women’s creative labor onset, especially when they are actresses. For Dancer in the Dark, Björk composed, arranged, wrote, and sang the musical numbers, which heavily dictate the narrative structure of the film. She frequently sparred with von Trier over the direction of her character’s arch and nearly walked off the feature but completed it out of respect for the cast and crew. She was labeled “difficult” by co-stars and the producers. In 2017, Björk accused von Trier of harassment on set — further shedding light on “difficulty” of the production. Revisiting Dancer in the Dark is not taken lightly but rather is an attempt to rethink the conditions of authorship, creative agency, and production that feed into the film’s performance and experience.

Dancer in the Dark is best understood as a fantasy in which the musical numbers serve not as a burst of emotion as they do in the traditional “Hollywood Musical,” but rather as portals that enable Selma to escape her abusive narrative that increasingly resembles a horror film. The mistreatment of women is nothing new on screen, and without any real interrogation of the systems that produce and enact Selma’s mistreatment, the film treads dangerously close to exhalating in Selma’s pain. Björk’s musical numbers and performance intervene in the narrative and carve out a fantastical escape for the audience to join Selma on her journey beyond her world of the film. They save her and they save us. Björk’s performance as Selma is devastating to watch at times, but it instills an emotive experience that gives the audience something to hold on to; she grounds the film even when it is at its most absurd. We believe Selma, and we believe in her.