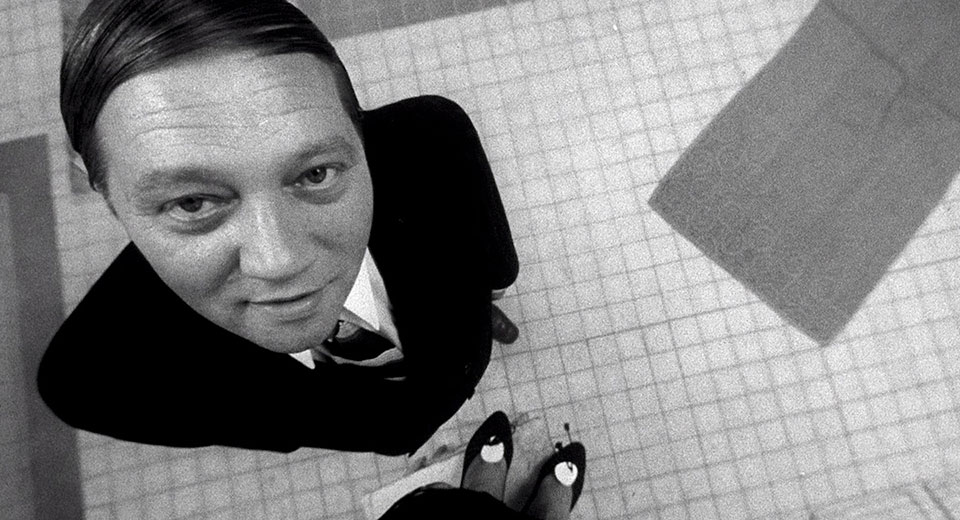 Set in the 1930s, The Cremator is the story of mortician Karl Kopfrkingl (played by Czechoslovak New Wave regular Rudolf Hrušínský), whose beliefs are an amalgamation of Nazism and Tibetan Buddhism. It’s the period of intensifying political radicalization before the Holocaust, and Kopfrkingl starts off as a straight-laced teetotaller and over-protective family man who enjoys a peaceful co-existence with his Jewish neighbors. But gradually Kopfrkingl becomes the Nazi-sympathizing caricature who uses his “temple of death” to free the world of Jews, liberating their soul into ether. His mental degeneration is built up, scene by scene, to a point of utter moral bankruptcy. Working from Ladislav Fuks’s unsettling, satirical novel, Herz – a Slovak-born Jew and concentration camp survivor – underlines the narrative with a dark sense of humor; evident is Kopfrkingl’s belief that he is the ultimate redeemer, the reincarnation of the Dalai Lama.

Herz started making The Cremator amid the short-lived Prague Spring of 1968, when filmmakers were allowed to work with relative creative freedom. Soon the Soviet Union invaded, and the parallels between Nazism and Soviet regime were not difficult to draw for the audience. Unsurprisingly, The Cremator’s production was halted and Hrušínský went into hiding. When the film was finally completed and released, the Soviet-backed Czech Communist party promptly banned it.

Herz passed away last year, and 46 years after The Cremator played in New York as a part of New Directors/New Films, the film has been restored and is showing in a revival run at Metrograph. As our news cycles currently feature disproportionate amounts of unintended satire and truly disturbing acts, The Cremator is the perfect pre-apocalyptic viewing for our times.