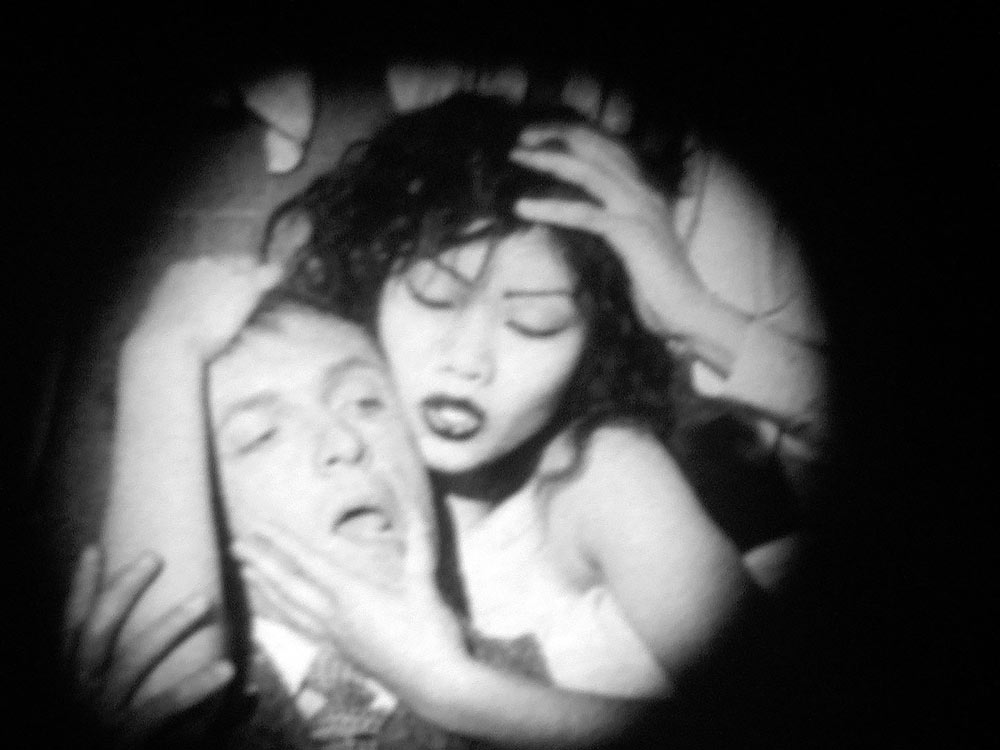 Guy Maddin has never been one to shy away from a pathetic protagonist. In Cowards Bend the Knee (2003), he gives us one for the ages: himself, or rather, a 1930s Winnipeg hockey star named Guy Maddin.

In the opening ten minutes, Guy (Darcy Fehr) abandons his ailing mother (Marion Martin) on her deathbed and then promptly ditches his girlfriend, Veronica (Amy Stewart), at the local beauty salon/brothel where she’s getting an illegal backroom abortion. He is seduced by the brothel owner’s daughter, Meta (Melissa Dionisio). Far from some suave lothario, however, Guy simply becomes a spineless pawn in Meta’s scheme to avenge the death of her father, Chas (Henry Mogatas), whose amputated hands she’s kept in a jar.

Subtitled The Blue Hands, Cowards Bend the Knee was the inaugural part of Maddin’s autobiographical “Me Trilogy”, later continued with Brand Upon the Brain! (2006) and My Winnipeg (2007). As in those films, any conventional idea of “truth” is fleeting: Maddin did grow up above the hair salon where his mother worked and his father, nicknamed Chas, was the general manager of the real Winnipeg Maroons hockey team. The rest of the ensuing delirium is pure psychic myth, rendered in Maddin’s signature silent-film aesthetic. The film’s sensory assault, even more pronounced here than in much of Maddin’s other work, creates the sense that the screen could rupture into an interdimensional portal at any moment.

But alongside Maddin’s continued obsession with the consequences of sexual repression, Cowards Bend the Knee exists to subject its protagonist to an unending stream of abject humiliations. Maddin’s plot specifics may be deranged, but Guy’s odyssey is really just a natural progression of the time-honored “Canadian loser” archetype, something as innate to our national identity as the game of hockey itself.

Cowards Bend the Knee screens tonight, December 14, as well as December 17 and 22, at Spectacle Theater, featuring a new score by Ela Orleans.