“The Cinema Is a Risk You Run”: Bruno Dumont in conversation with Stephanie LaCava 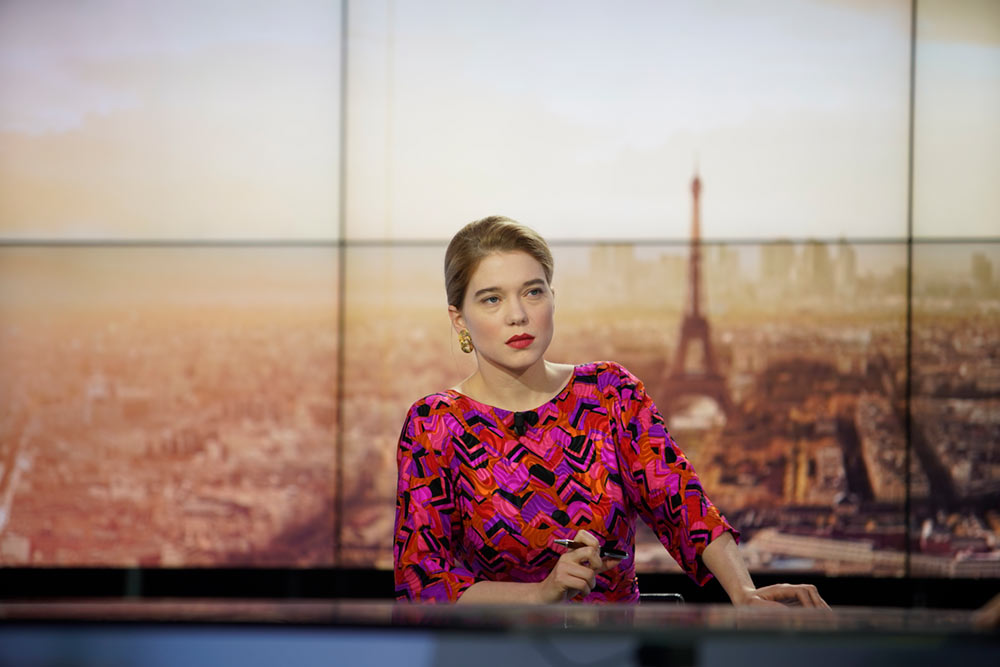 The day I interviewed French filmmaker Bruno Dumont, two very different “Top Ten Films of 2021” came out, both including his new film, France. John Waters in Artforum explains the film as “a searing critique of both the tedium and the emotional risk of living in the public eye,” and Cahiers du Cinema ranks it fifth, just below Ryusuke Hamaguchi’s Drive My Car (but above The French Dispatch). Dumont’s latest is a satire of the French news system starring Léa Seydoux as a famous broadcaster named France de Meurs. Her charmed life is first upended when she strikes a young man on a motorcycle with her car, marking the beginning of her unravelling. In many respects, France carries on Dumont’s lighter side as seen in his more recent films, like the comedic mini series P’tit Quinquin (2014) or the musical Jeannette: the Childhood of Joan or Arc (2017). In our conversation, we touch upon casting Seydoux, French media, and contemporary visual art.

This conversation has been edited for length and clarity. Thanks to Nicholas Elliott for French/English interpretation.

Stephanie La Cava: I’ve read that all your screenplays begin as novels. It seems there’s a Beckettian or absurdist quality to France. It reminds me of Endgame, for example.

Bruno Dumont: I wasn't thinking of Beckett in particular. But the absurd, absolutely. There are certainly connections between the world of the writer you’re talking about and my own world.

SLC: Do you let people see these novels?

BD: I show them to my producer and the technicians—but not to the actors. The actors must be blind.

SLC: Would you publish them?

BD: La Vie de Jésus and L'Humanité were published, but the others haven’t.

BD: It could happen.

SLC: I heard that you cast Léa Seydoux in this role because she also represents the idea of fame as commodity: a Bond girl, the face of Louis Vuitton. This made me think of the tradition of looking at the jeune fille in relation to media and presentation.

BD: There’s no doubt that my choice of Léa Seydoux—well, Léa Seydoux is Léa Seydoux. She is what she is. In filming her, I know what I’m filming. At the same time, she is participating in creating a story. But I’m interested in the fact that she is what she is in all the, let’s say, “industrial” activities you just mentioned. I think her character is also very much inhabited by this. In my eyes, she’s practically a non-professional actress. By which I mean that she is already what she needed to be [for the film]. There’s wasn’t much to do, actually. It was quite easy to direct her.

SLC: Have you seen the film Petulia (1968), made by Richard Lester?

SLC: I ask because it was supposed to be screened at Cannes when the festival was cancelled. Part of the story surrounds Julie Christie as a society woman who strikes a boy with her car. There is also a scene which lampoons a benefit. Both appear in France.

BD: That doesn’t surprise me. There are always coincidences, and there’s a collective unconscious that moves through all of us. Without knowing, we may already know. The same cinematic situations are found again and again. It’s also true of painting: 75% of the subjects in Western painting are always the same.

SLC: Also, the accident being the catalyst for the emotional questions, perfect worlds shaken by an accident.

BD: As with any accident.

SLC: Was there ever a moment when you thought of setting this story in Hollywood or the American news cycle, which has already demonstrated its lack of regard for fact and fiction? With 29 Palms, for example, you moved the geographic setting to California. Why not skewer the American system, already a parody of sorts?

BD: Because I am French, probably. But you’re right, it’s true… In fact, when Léa Seydoux got the screenplay, when we were talking about the theme, she said it would be good to set it in the film world. But I told her it wasn’t, because to set it in the film world was too predictable—at least from a French perspective. In the French media, there’s a convergence between what cinema does in fiction and what the news does in its new fiction. What interested me was to say that the news is like a movie. That may be obvious to you Americans, but not to us Europeans. But since we stupidly follow Americans, it will probably happen soon.

SLC: Your background is in philosophy. Do you still feel cinema is the best way to say the things you wish to say? Or has this changed in recent years?

BD: I’m still convinced of it. Intellectual vision is a perspective of the mind. It’s very interesting, but it’s limited to this perfectly abstract, partial view of the world. Cinema is the real way to embrace the totality of the world and to not intellectualize it. Because in cinema, there’s a body there. The mind has difficulty grasping the coincidence of opposites, for example. You can’t think that good coexists with evil. Intellectually, that’s impossible. France is a character in which these both coexist.

SLC: What do you think it means to be honorable in this media machine?

BD: It’s a machine that lives in an unresolved contradiction between the nobility of the profession—journalism is a noble profession, because journalists look for the truth. But there is a contradiction and an opposition coming from the industry, which prevents them from doing so and pressures them to serve the ratings. This opposition is tragic.

The only honor is in doing what France does, which is to raise herself within the vicissitude of her profession. It’s a small salvation. But I think we’re all the same in that regard. Great salvation and sainthood is not for us. We aren’t bound for sainthood, we’re bound to rise where we are. I think that’s possible when you’re a journalist. But it’s tiny. The same is true for filmmakers. We’re human, so we’re constrained by the smallness of our condition. But salvation is possible, and so is redemption. It’s a human redemption, it’s tiny. That’s the end of the film. It’s tiny, but it’s beautiful.

SLC: You mention painting. I am thinking about the viewer of the work lending meaning. First, I am curious, do you read reviews of your work?

BD: Yes, I read them. As far as what you’re saying about painting, you’re right: it’s a very modern idea. I think this is a kind of cinema that demands to be balanced by the viewer. Only the viewer can balance the film. Without the viewer, the film doesn't work. It’s very fragile, because it's the viewer who decides. When I’m a viewer, that’s what I ask of a director. I don’t want them to explain everything. The cinema is a risk you run.

SLC: You are comfortable with the idea of being in dialogue with your viewer.

BD: No, I’m not in dialogue with them. It’s like the Russian pianist [Sviatoslav] Richter. When he played the piano, he played for himself. It’s by playing for yourself that you respect the viewer. I think those working for the viewer are bastards. You have to work for yourself.

SLC: Is there a contemporary visual artist you relate to?

BD: I can’t think of any. There must be some, but off the cuff, no.

SLC: Do you think visual art is still powerful?

BD: I have a little trouble with contemporary painters. It’s the figurative painters that interest me. I have absolutely no interest in abstraction. 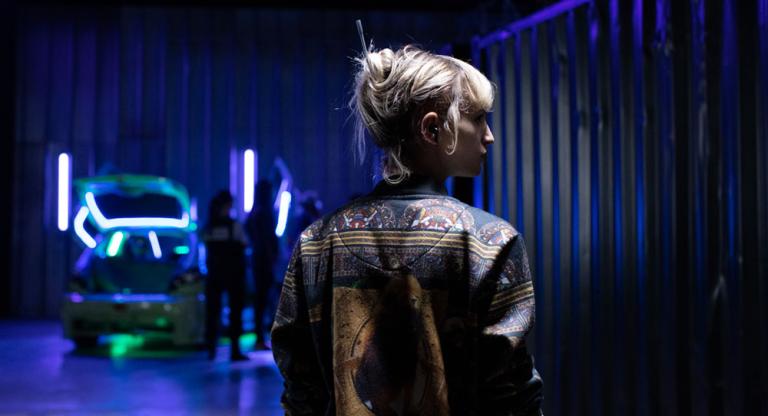 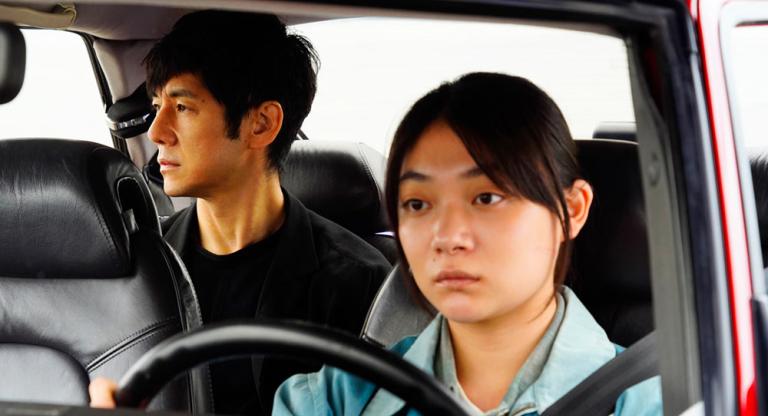 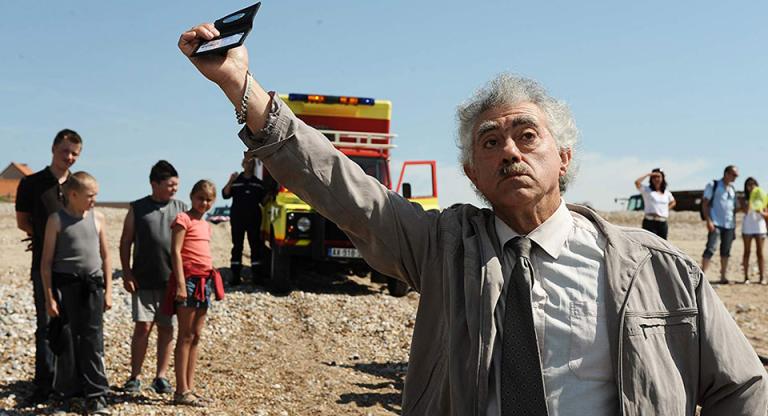