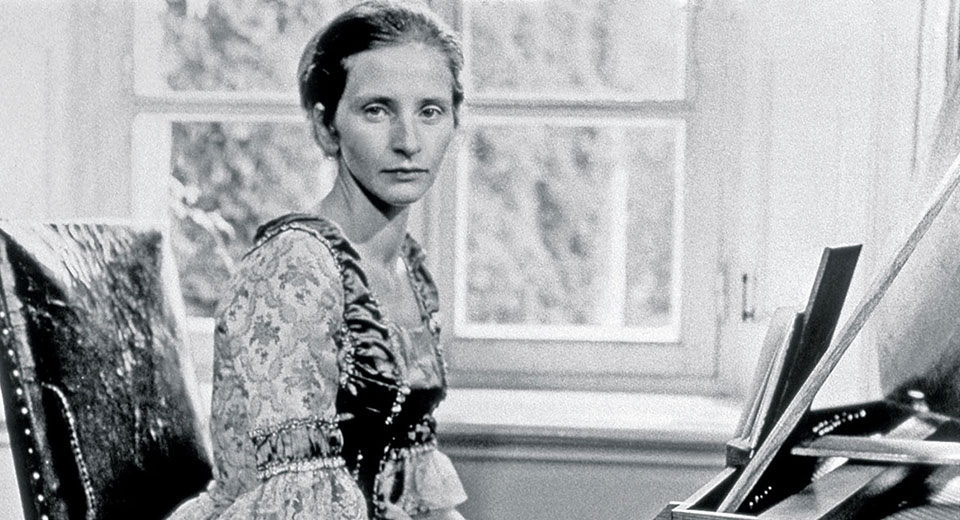 For a certain type of cinephile, the pinnacle of the art form is represented by the immersive experience—a carefully constructed cinematic event whose aesthetics evoke the sense that what is being presented is the fundamental essence of the medium. This is what the work that Jean-Marie Straub and Danièle Huillet, at the height of their powers, strove to create and embody. In their breakout feature Chronicle of Anna Magdalena Bach, currently being feted at the Quad with a weeklong run of a new restoration presented on DCP, inherent in this attempt at immersion is a purity of representation (and reconstruction) that stays almost impossibly faithful to the epoch it depicts, the Baroque period.

Chronicle of Anna Magdalena Bach portrays the life and career of Johann Sebastian Bach from the point-of-view of his wife, Anna Magdalena Bach. Their story is presented as a sequence of rigid performances in tight spaces (to watch this movie, you have to be prepared to listen to Bach for 80 minutes) with interpolations of personal documents and illustrations, and preciously few images of the wife herself.

This effect of purity is often described in terms of a hermetically sealed world austerely constructed by Straub-Huillet, and while I’d deem this a mischaracterization, it does drive at how their cinema operates. Initially, seemingly restrictive images and spaces unveil new possible modes of historical examination, achieved through reduction—a paring down of images that render them so lifeless as to swing back around the spectrum and evoke the lushness of tones that accompany the cinema of the Straubs’ beloved John Ford. These revelations do not negate the oppressiveness of the film’s structure, with its constant bombardment of performance after performance, both serving to affect the viewer’s body and instill it with the sound of Bach, as well as to push Anna further and further into the background, formally constructing a coded feminist critique of the hardworking genius archetype. The film also may not remain as homogenous as it first appears, however, when one considers some of the incongruous elements within, such as the fact that the film is presented here with English voiceover and diegetic dialogue in German—this was how it was originally distributed in the US, with four other version of the film existing in different languages for different markets. However, the purity of experience after all tinkering is still there, and all complications melt away as you move along, sutured into the film’s reality such as to render the experience of watching Chronicle of Anna Magdalena Bach to be as if it were the only film in existence.