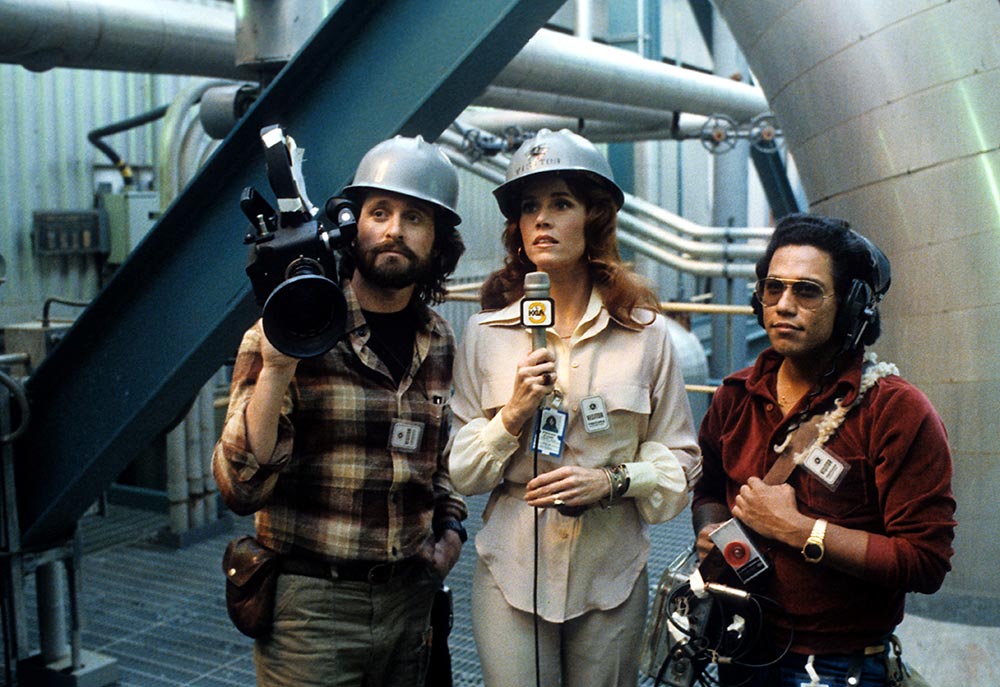 “This is coverage, not controversy,” local Los Angeles TV news reporter Kimberly Wells (Jane Fonda) admonishes her rabble-rousing cameraman Richard Adams (Michael Douglas) as they’re touring a nuclear power plant early in The China Syndrome. The greatest strength of James Bridges’s 1979 drama is that it’s both coverage and controversy, making a powerful statement about the dangers of nuclear power while also telling an engaging, complex story about fully realized characters. A box-office hit and awards favorite (with four Oscar nominations) at the time it was released, The China Syndrome has been reduced to a catch phrase about nuclear proliferation in subsequent years, and modern viewers may assume it’s a dated public service announcement.

But if anything The China Syndrome is just as vital now as it was 40-plus years ago, with one of the most insightful cinematic portrayals of TV journalism. Even when Kimberly and Richard uncover serious breaches of safety at the fictional Ventana nuclear power plant, the story doesn’t make it on the air in part because Kimberly’s bosses don’t take her seriously. It’s assumed that she’ll be content with “soft news” stories about tiger birthday parties and whale-watching, and that she’ll acquiesce to whatever demands her bosses make of her. “She is a performer,” one male executive says to another, demeaning Kimberly’s position at the station while she stands by in stunned silence.

Richard, a freelancer not beholden to Kimberly’s bosses, is furious that she doesn’t offer more pushback when the station refuses to use their footage of a dangerous incident at the plant. But she’s more canny than that, placating the male egos of her bosses just long enough to do the real investigative work that they think she can’t handle. The detail in the depiction of broadcast news is matched by the detail in the depiction of nuclear power, and both industries are presented with a matter-of-fact bluntness that undercuts the potential for heavy-handed moralizing.

Kimberly connects with plant supervisor Jack Godell (Jack Lemmon), a loyal company man whose internal moral compass compels him to reveal the truth about dangerous cost-cutting measures. Bridges builds incredibly tense, masterfully edited set pieces in the initial incident that the news crew records, and again in the finale, when Jack takes over the plant in a desperate attempt to have his message heard. By that point, Bridges and his expressive stars have established the integrity and individuality of the characters so effectively that there’s as much audience investment in their personal safety as there is in the prospect of nuclear disaster.