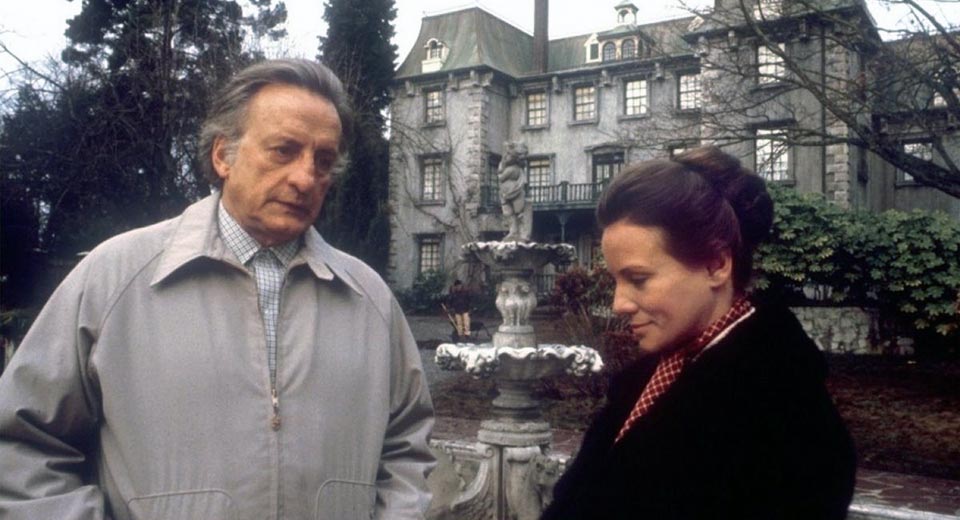 For Freud, the figure of the changeling appears in infantile fears and narcissistic fantasies. A child may fear that if they anger their parents they'll be exchanged for a better-behaved one, or fantasize that in reality they belong to a better family, that the mistake will one day be corrected and they'll be reunited with their real parents. Peter Medak's The Changeling (1980) plays with both of these variations.

John Russell (Walter C. Scott) is a successful composer who loses his wife and child in a freak accident in upstate New York. To get over his grief, he moves to Seattle and takes a job as a university lecturer. He contacts the local historical society to find him a place to live (why he won't just rent an apartment is not divulged) and moves into the spooky Chessman House, which has been abandoned for twelve years. Soon after, "strange happenings" convince him that the place is haunted by the ghost of a crippled child and send him on a quest to uncover the repressed truth.

Haunted houses are a typical manifestation of the uncanny, which Freud at one point defines as a revival of the "animistic view of the universe," the attribution of human-like motives to inanimate objects (like pianos that play themselves, faucets that turn themselves on, and wheelchairs that throw themselves down stairs). But is blurring the distinction between the animate and inanimate enough to make something uncanny anymore? Thermostats turn our furnaces on, Spotify chooses music for us, and motion-sensors flush our toilets. I like to imagine The Changeling as a fish-out-of-water time travel movie, with George C. Scott waking up in a 21st-century home.

There's something pure about Canadian cities playing American cities. A narrative feature shot on location in New York has a documentary element that's missing from a movie where Vancouver stands in for Seattle (e.g. The Changeling) or Montreal for New York (e.g. Of Unknown Origin). These cities are actors, hired not for who they are but for who they can appear to be. The only real shot of New York is of George C. Scott walking through Lincoln Center and crossing Columbus Avenue, which is sort of like an old picture of a friend when they were fat or had a terrible haircut. Nostalgia might make you miss the old them, but you have to admit they look a lot better now.