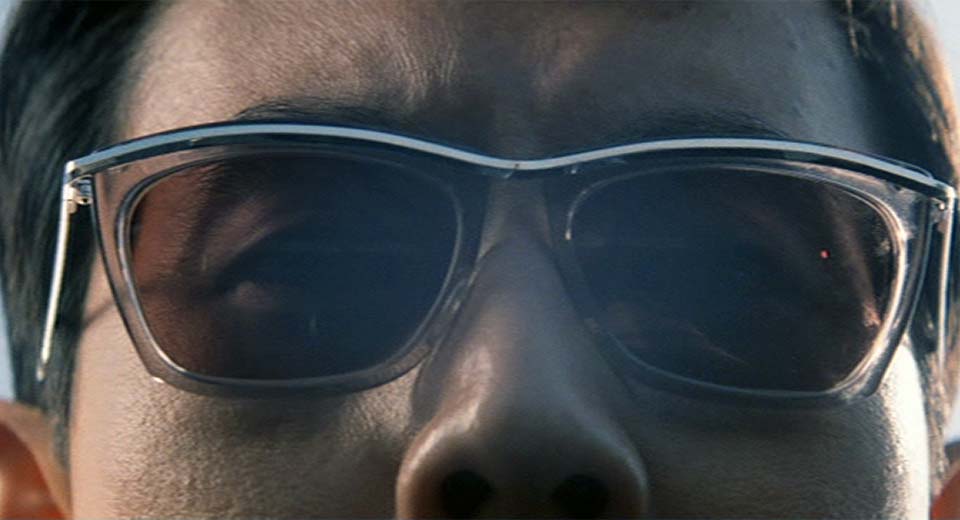 As I watched Kazuo Mori’s A Certain Killer (1967), I kept asking myself, “Is this a Western?” After the screening I asked a couple friends the same question, and the consensus was “Yes, 100%.” Billed as a yakuza flick, it nevertheless has so many of the stylistic and thematic elements of a Western that the genre designation inevitably tilts in that direction.

The plot in brief: a nameless stranger arrives in town and finds lodging in a shack on its deserted outskirts. His luggage contains a few changes of clothing and a few guns. He spends his days working in a sushi bar, his nights killing for money. A yakuza henchman admires him and wants to work for him, but ends up falling for the stranger’s girlfriend. Together they scheme to double-cross the stranger, but the latter is too smart for them.

The setting is contemporary (the Vietnam War is just starting, announced by huge posters for a newsreel documentary about it), and the characters are involved in decidedly contemporary organized crime (construction, drugs), but all this is a mere skin on a Western skeleton. We’ve got the “stranger comes to town” motif, the frontier motif (aggressive development is in full swing on the town’s wild periphery), and the bounty hunter motif (the stranger is a veteran of WWII, as mercenaries in Westerns are often veterans of the Civil War). Kazuo Miyagawa’s cinematography is rich in both Fordian horizons and Corbuccian zooms, and Hajime Kaburagi’s score has the sparse plaintiveness of the prairie. To top it off, the final standoff takes place is a graveyard. Juzo Itami’s Tampopo (1985) may have called itself the first Ramen Western, but the title should be transferred.

A Certain Killer is a Western in yet another sense. Formally and in terms of its cultural referents it’s much more Western than, say, Ugetsu (1953), also screening as part of the Miyagawa retrospective currently taking place at MoMA and The Japan Society. Instead of samurai, pottery, and medieval village life, we’ve got men wearing suits and ascots, women sporting bangs and slacks, Louis Armstrong posters, and heroin concealed in American baby powder tins. The only cultural references identifiable as Japanese are the sushi bar and the Kabuki performance that provides the backdrop for the film’s carefully orchestrated assassination set piece.

The final fight scene is worth the wait. Our unarmed hero yanks a yakuza henchman’s belt right out of his pants and wields it like a bullwhip. Goons are kicked into open graves while Miyagawa’s camera dances through the mêlée.