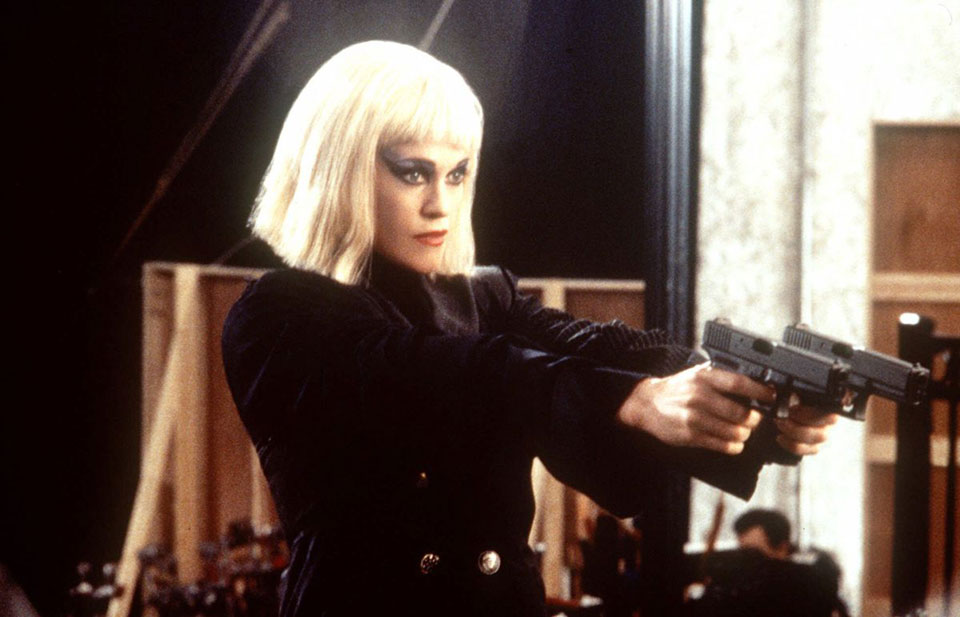 Now that John Waters has transitioned away from filmmaking towards a full-time career as America’s funny uncle, it is possible to forget the unwelcoming critical reception that greeted most of his films. His early films may have been radically queer visions that celebrated as beautiful everything polite society deemed ugly, but polite society was not initially ready to see that. (“One of the most vile, stupid and repulsive films ever made” Variety wrote of Pink Flamingos in 1973.) When Waters briefly ascended to the status of Hollywood studio director with Cry-Baby and Serial Mom, the lukewarm reviews now asked if an iconoclast had sold out. By the time his most recent few films were released around the turn of the 21st century, the brothers Farrelly and Wayans had made poop and cum the elixirs of American film comedy, and the original “Prince of Puke” was now widely regarded as outmoded.

Typical of the reviews for Cecil B. Demented (2000) was the Toronto Star’s, which opened with a metaphor about “the dead end of Indie Street … where fresh ideas pull over when they start to turn stale, the corner where tomorrow’s brightest hopes become yesterday’s rusty hulks.” The saddest residents of this street “are those who still believe they’re in the race, and who don’t even realize they’re actually on the blocks … making noises with their mouths like shifting gears.” But like the thrift-store fashions made beautiful by Divine, the last 21 years have been kind to Cecil B. Demented, and if Waters once seemed stuck on the blocks, he now looks to be driving on a different racetrack altogether.

As with most of Waters’s films, Cecil B. Demented pits a surrogate family of social outcasts against mainstream society. The outcasts this time are a gang of terrorist cinephiles who call themselves “the Sprocket Holes” and wage war against Hollywood mediocrity. Their leader is Cecil B. Demented (Stephen Dorff), a megalomaniacal wannabe-director who is just not a canny enough careerist to qualify as a Waters surrogate. Together they kidnap Hollywood’s biggest star, Honey Whitlock (Melanie Griffith), and force her to act in their renegade movie, eventually converting her to their cause. (Incidentally, Patricia Hearst makes a good-natured cameo as a gang member’s mother.)

When I first saw Cecil B. Demented, I thought it was one of Waters’s worst movies. Now I realize there’s only a difference between Good and Bad Waters if you can accept campy, histrionic acting from Divine but not Melanie Griffith, or are less forgiving of some narrative/aesthetic clunkiness from a fiftysomething veteran than from a twentysomething amateur. As a filmmaker, Waters’s flaws and virtues are so densely intertwined as to be indistinguishable. His actors are mostly just mouthpieces for his ideas, but if you can accept a universe in which the baby-faced likes of Adrian Grenier, Alicia Witt, and Maggie Gyllenhaal can’t stop talking about Pasolini, the ideas are as stimulating as ever.

The members of Cecil’s gang have the names of their favorite filmmakers tattooed on their bodies: Kenneth Anger, Herschell Gordon Lewis, Samuel Fuller, David Lynch, Andy Warhol, William Castle, Rainer Werner Fassbinder, and others. These happen to also be Waters’s favorite filmmakers, sharing his interest in dissolving the line between art and trash. They harken back to more unruly eras of independent filmmaking than the Sundance/Miramax one that was dominant circa 2000 – a vision of independent film that Cecil B. Demented doesn’t encompass. The film’s satiric gaze is rigorously focused on studio pabulum, taking potshots at low-hanging fruit like Godzilla (1998) and Pauly Shore, but more forcefully targeting “serious” middlebrow schlock like Forrest Gump, Patch Adams, and romantic comedies. Waters more-or-less blames movies like these for robbing cinema of its sense of danger and excitement. To combat the malaise, Waters proposes a grassroots cinema that is personal, political, improvisatory, and interactive with the world around it. A mode of filmmaking not entirely unlike the one that birthed Pink Flamingos.

The time-capsule aspects of Cecil B. Demented are obvious. Two decades later, Hollywood studios no longer make movies like Patch Adams, and nowadays Honey Whitlock would be shuffling between prestige TV and billion-dollar franchises. Neither form has room for a figure like Waters, who hasn’t made a film since 2004 and has spoken of being priced out of the indie film landscape. Cecil cost $10 million, a modest sum that has been nevertheless made unthinkable by the combined forces of the financial crash, the collapse of home video, the rise of the internet, and the explosion of digital video. The boy who made Pink Flamingos would be happily making microbudget movies now, but Waters is no longer that boy. Has the “democratized” cinematic landscape made room for more Cecils? Moviemaking has remained largely the terrain of the privileged, but some miracles have happened: Cecil might be excited by Wakaliwood, the filmmaking community in rural Uganda that pumps out exciting action movies for budgets of under one hundred dollars.

Cecil is a dictatorial auteur, but he is also a community builder, and his community extends beyond his gang. Key scenes take place in a drive-in, a kung-fu grindhouse, and a porno theater – spaces that specialize in films that migrated to video long ago, and which were all but dead in 2000. No matter: in Waters’s world, they survive as bustling hubs of offbeat cinema whose denizens unite to fight against corporate culture. It makes for poignant viewing during a long pandemic that has posed an existential threat to the future of public film exhibition, and where the entertainment landscape is dominated a few streaming services that flatten everything into “content.” If Waters has time on his hands during quarantine and feels an urge to return to his no-budget roots, I’d love to see a sequel where Cecil kidnaps Reed Hastings.