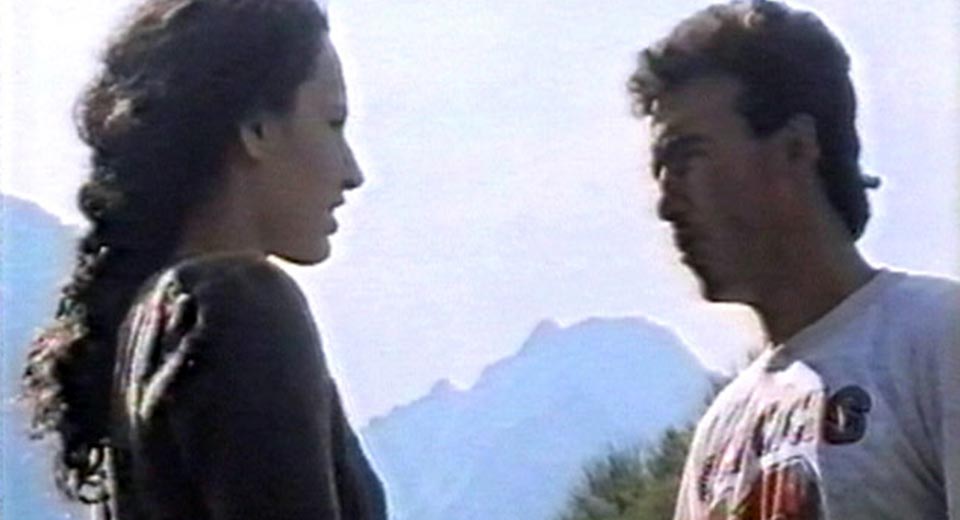 The first sound in Želimir Žilnik’s made-for-TV Brooklyn - Gusinje is Patti Smith’s voice singing over the credits. “Take me now, baby, here as I am / pull me close, try and understand…” Everyone knows the rest of the words, the verses and the chorus, that explain the universal truth that the night belongs to lovers, to lust, to us. Our expectation is that the film that follows will be a similar anthem for desperate passion and sex.

Instead, we are told the story of Ivana (Ivana Žigon), a young and beautiful seamstress with no real interest in her work or life in the gray provincial city where she lives. A chance at escape comes in the form of an offer from Šećo (Šećo Šabović)—an old pervert with the charming parlor trick of sliding a long steel wire into his nasal cavity. Šećo needs a new waitress for his bar in Gusinje, a village near the Albanian boarder that he tells her is a “small Paris,” full of healthy young men and paychecks paid in German marks and American dollars. With nothing to lose, Ivana follows, and quickly discovers that, in this case, “small Paris” means a rural village that has given up on fitting its ancient body into 20th-century clothes.

Meeting Skelzen (Skelzen Uljević), one of a pair of local brothers who have emigrated to New York City, sets Ivana in motion again, offering her a second chance at escape. But, by this point it is clear that the one-dimensional foreground of Ivana's story is really a pretext for looking at what is happening in the background. Gusinje is a real place, and the people that the camera captures on the street, in bars, and at a local wedding are real people. You could say the same thing about thousands of other films shot "on location," but, in nearly all of them, the parts of real life that are captured are incidental. For Žilnik, trying out his fiction in the real world seems to be the point, and his film makes a good case for imagining the movie camera as a magnet rather than as an eye.

When the acting or the story falls down, the camera fills the empty space with the raw information of a real place where people live. We see what faces and rooms and mountains look like; we hear how music sounds, and see how dances are danced—and, somehow, through the simple, or not so simple fact of seeing these things as they are (or were), we are offered a different kind of story—not documentary or fiction, not good or bad, more like fragments of a place in time.