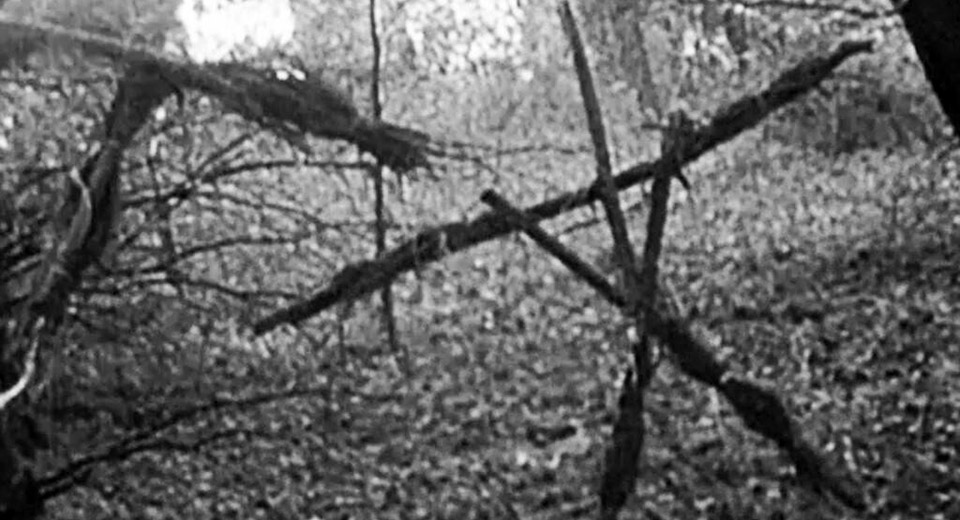 One week before Halloween 1997, filmmakers Eduardo Sánchez and Daniel Myrick sent three amateur actors into the woods of Montgomery County, Maryland equipped with little more than camping equipment, vague directions and clues to direct their movement, and video cameras (plus one film camera) to document their journey. The final product, The Blair Witch Project would go on to terrify and dupe less factcheck-savvy viewers and popularize the found-footage plot device in modern horror films.

At the time of the film’s release (and for a long time after) the marketing, which depending on who one asks was either a cheap gimmick or William Castle brilliance for the Internet age, eclipsed the craft of The Blair Witch Project in mainstream discourse. Twenty years later, it is far easier to appreciate its effectiveness as a horror film, especially one that has aged surprisingly well in the digital age. If anything, the black-and-white time capsule footage of characters wandering the forest at the turn of the millennium with a map and compass increases their distance from us in a rather tragic way. The performances of Joshua Leonard, Michael C. Williams, and Heather Donahue, frequently parodied at the time (especially Donahue’s), convey the desperation of people who know they are about to become lost to history.

The Blair Witch Project plays Terror Tuesday tonight at Alamo Drafthouse Downtown Brooklyn. This is one well-worth taking the opportunity to see on the big screen.