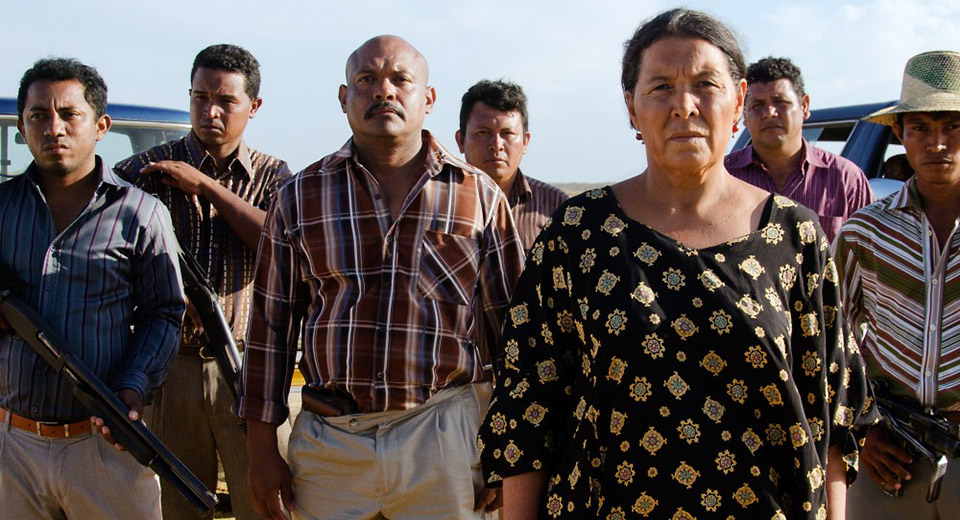 For their follow-up to the Oscar-nominated Embrace of the Serpent, Ciro Guerra and Cristina Gallego continue their project of heady examinations of Colombia's indigenous communities and the ravages of invasive civilizations — and this time, they've made a narco movie. Set among the Wayuu people, Birds of Passage considers the period of Colombia's "Bonanza Marimbera," roughly a decade beginning in the mid-70s during which Colombia was supplying as much as 80% of the U.S. demand for marijuana. Birds of Passage dramatizes the origin of the drug trade on intimate terms: Raphayet (José Acosta) is a Wayuu man with a foot in the alijuna (people of European ancestry) world who needs to meet the large dowery set by the family of his yet-to-be-betrothed. While plying the coffee trade he meets some peace corps hippies, ostensibly there to fight communism, who are more interested in free love, guitar-strumming, and blazing. Thanks to a Wayuu family connection's farm, Raphayet and his alijuna partner are able to supply it to the gringos in pounds, then tons — until treachery, greed, and warped family dynamics place the business on a terminally violent trajectory.

Passage is best when it manages to balance a perceptive and sensitive approach to Wayuu customs with the trappings of smart genre cinema, offering a damning deconstruction of the drug trade and its cancerous effect on indigenous peoples and their traditions. The hippies are portrayed as a shallow leisure class who are complicit in demand-driven neocolonial bloodshed, which is slathered all over the film's later acts. But by that time, the more piercing aspects of the initial approach give way to mildly trite Shakespearean power struggles and familiar betrayals. But the film contains at least one indelible image: smoke rising from an oasis of flame above a besieged modernist palace, a tacky monument of pointless capital accumulation and abdication of heritage, in the middle of an arid desert.