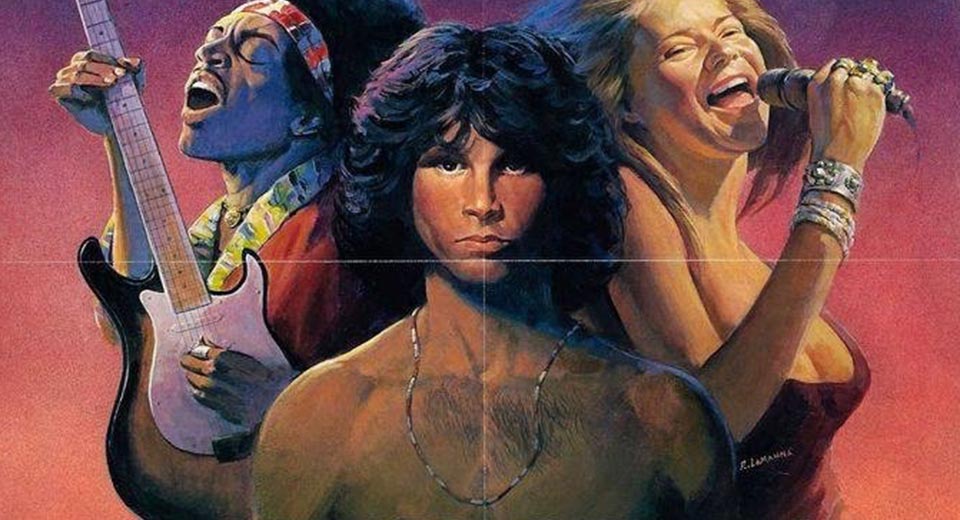 Larry Buchanan's career as a filmmaker is one of the strangest of the post-war era in the US. He is a definitive auteur of boredom and banality, and his films have a unique resonance as a form of anti-entertainment that exposes numbing realities of American life and American history. His very low-budget films, which veer between biting off more than they can chew and doing nothing at all, juxtapose large themes of celebrity and mass media with inane sci-fi plots set in drab suburban living rooms near Dallas.

Based in his native Texas after forays in New York and Hollywood in the 1950s, where he worked on the fringes of the nascent independent film scene and in low-level studio jobs, including stints near Stanley Kubrick and George Cukor, Buchanan made some westerns that are now lost. He rose to regional prominence making burlesque films, arty nudie films, and risqué melodramas centered around race and sex for the local drive-in and exploitation circuits. His exploitation films (including 1961's The Naked Witch, seen recently at Spectacle with a live score) are little-known and further obscured by the science-fiction remakes he made for American International Pictures' syndicated television division in the mid- and late 1960s, including Zontar, the Thing from Venus (1966) and Mars Needs Women (1967), and the series of conspiracy docudramas he wrote and directed, starting with The Trial of Lee Harvey Oswald in 1964.

The sci-fi films, ultra-low-budget color recastings of black-and-white Roger Corman and Edward L. Cahn drive-in movies from the 1950s, achieved a degree of infamy because they were broadcast on UHF stations late at night and on weekend afternoons for thirty years after they were made, until multichannel cable television relegated them to the new media dustbin. Seen now, they are boring postcards from the middle '60s, in which actors dramatize Cold War tensions of family life under pressure from unseen forces which materialize in cheap rubber monster suits and as outer-space vapors.

Down on Us (1984), which was released on home video in 1989 as Beyond the Doors, furthered Buchanan's interest in 1960s celebrity conspiracy by turning to the world of rock music, specifically to the deaths of Jimi Hendrix, Janis Joplin, and Jim Morrison, all at age 27 and within a year of each other. Buchanan's film, told as the memoir of a CIA agent in the year the film was made, squarely blames the Agency for the early 1970s deaths of the three rock legends, positing their collective demise as an act of political assassination under the Nixon administration.

Buchanan did not have the budget to use any of the actual music of the artists the film features. Instead, he hired local songwriters to write sound-alike songs for his cast of unknowns to perform. This reimagining of classic rock is as threadbare as Buchanan's typical mise-en-scene, but it adds a new layer of bleakness to his worldview, as does his foray into the world of hippies, drugs, and social revolution. Although the deification of Hendrix, Joplin, and the Doors was well underway by the time Buchanan made Down on Us, his outsider methods subvert their commodification by presenting them as something different (and less) than what their relentless deployment as consumer products and advertising images – as icons – has relegated them to.

Buchanan's conspiracy films are said to have influenced Oliver Stone's. Whether that is true or not, they mine the same events in American history, but to very different effect. Down on Us mixes generational war and conspiracy theory in a dead-end tableau. Political and pop history compete for attention in anonymous hotel rooms linked by TV sets nobody is watching. The film is "bad" – inadequate, ill-conceived, too long – but it exists outside the realm of camp enjoyment. It has a fascinating inert power. It's hard to believe it was made.