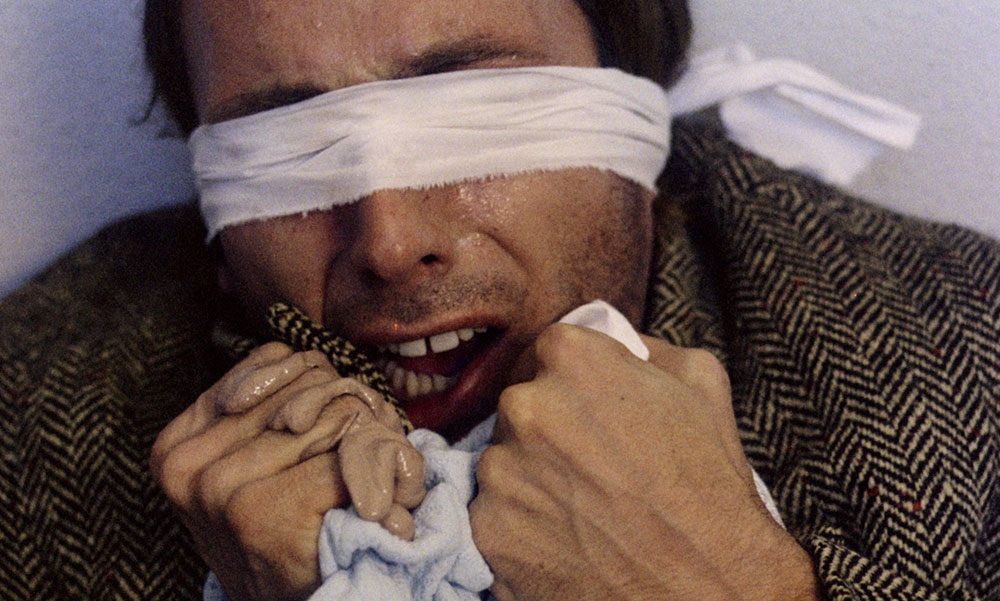 Today Anthology Film Archives launches a weeklong run of a new restoration of Arrebato from Altered Innocence’s Anus Films imprint, with a newly struck 35mm print showing at select showtimes this weekend, and a 4K DCP running throughout the rest of the week. It’s easily the most mind-blowing revival of this or nearly any other year.

A major cult classic in Spain previously all but unknown in the U.S. (shoutout to our friends at Spectacle for introducing us to it a decade ago), Arrebato is the only solo narrative feature by director Iván Zulueta, a central figure in the Movida Madrileña countercultural movement that flourished after the death of Francisco Franco. Amid loosening censorship restrictions and the transition to democracy, the Madrid scene teemed with art, experimental film, synth punk, and middle-class heroin and cocaine use. Although Zulueta never made another theatrical film, moving back in with his mother in San Sebastián while continuing to use heroin, he nevertheless helped to define the tenor of Spanish cinema in the 80s through his dazzling poster designs for his friend Pedro Almodóvar and others. Seeing Arrebato, it’s impossible to imagine Almodóvar’s career without it; even his recent Pain and Glory feels in communion with Zulueta’s spirit. (The filmmaker “cameos” in Arrebato, dubbing over the voice of a woman played by Helena Fernán-Gómez, daughter of the great Spanish actor and director Fernando Fernán Gómez.)

Loosely framed as a horror film, Arrebato follows a Dracula-like epistolary structure based on an audio tape and reel of film received by José (Eusebio Poncela), a preppy B-horror filmmaker. The package is from Pedro (Will Moore), an obsessive, fledgling experimental filmmaker related to José’s ex-girlfriend (Marta Fernández Muro, who is in possession of the most beautiful set of teeth I have ever seen). In just two brief encounters shown in extended flashback, José and Pedro bond, share drugs, and, it is strongly implied, have sex. José is fixated on using cinema—not just the camera and projector, but related ephemera like stills, photo magazines, and keepsakes—to reach a state of “arrebato” (rapture), a journey that has a symbiotic relationship with his drug use and queer sex. On his second visit, José brings Pedro a mechanism that allows his Super 8 camera to shoot one frame at a time over fixed intervals. While using it to film himself sleep, Pedro notices that each night one additional red frame appears and fixates on the mystery of what happens during this time—and what will become of him when the entire reel is consumed by the odd, liminal frames.

Arrebato can be thought of as a vampire story without vampires, and yet to reduce it to simply an “allegorical vampire” tale feels like a dead end. Likewise, the conflation of drug use and vampirism is not as neat nor self-contained as it is in dozens of other movies conflating bloodsucking and addiction. At its heart is a kind of abject, despondent cinephilia: the compulsion to film, watch films, and be filmed, which for some (Scree Slate readers?) becomes an all-consuming pursuit. That Zulueta never made another theatrical feature is a shame, but he left us a masterpiece. See it at all costs. 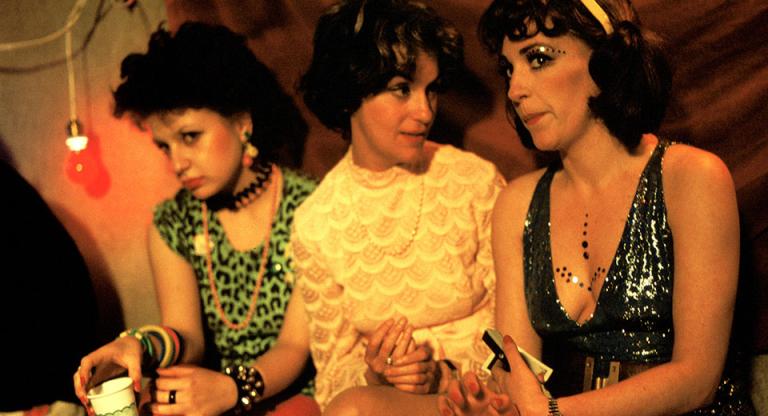 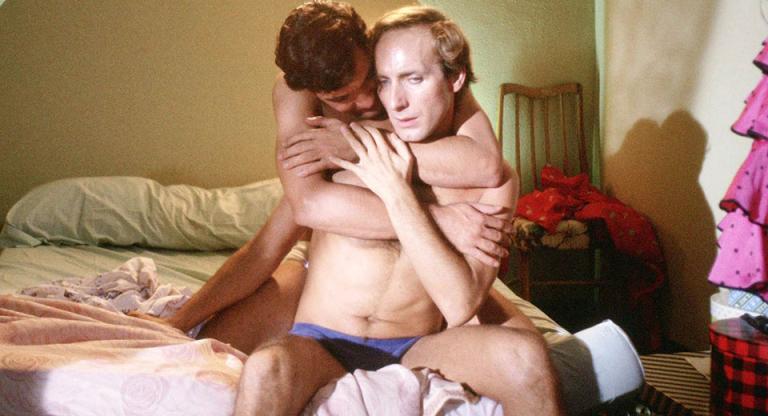