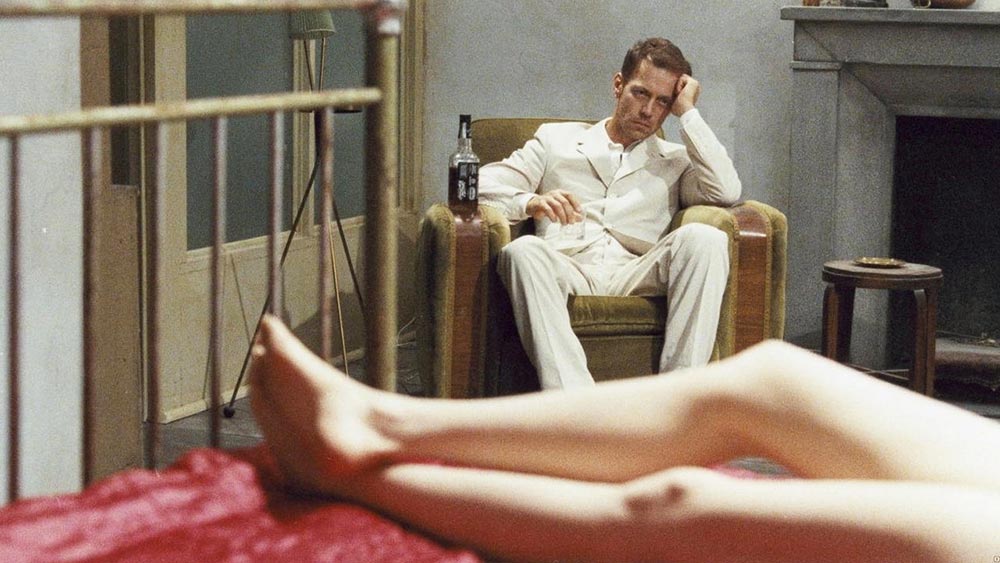 Catherine Breillat’s Anatomy of Hell (2004) begins with a disclaimer: “A film is an illusion, not reality-fiction or a happening. It is a true work of fiction.” This work of fiction centers around a nameless woman (Amira Casar) and man (Rocco Siffredi) who meet at a gay club and have a profound, unsettling connection from the start. When he finds her in the club’s bathroom attempting suicide, he saves her life; in return, she offers him a proposition: she will pay him to come to her house for four nights to, in her words, “what me where I am unwatchable.” Understanding the man is gay, the woman wants to understand herself from an absolute outside perspective, to force herself through the inspection of her most intimate parts, thoughts, and bodily functions by a man who will never know or love her.

Over the next four nights, the woman and man’s relationship moves from maternal, to pornographic, to existential, to adverserial, to violent. At times, Marina Abramovic’s famous performance Rhythm 0 (1974) comes to mind: both Abramovic and Breillat’s unnamed woman invite a stranger to use available objects on them in any way they want, facing the most abject violence in order to understand the cruelty within themselves and that aimed at them from the outside world. Tenderness and cruelty go hand-in-hand in the film, as the man and woman face their barest selves in an out-of-the-way villa, spartanly decorated save for an imposing, ostentatious crucifix over the bed. Breillat’s imagery isn’t subtle, and it’s not meant to be: this is a film that punches you in the face with transgressive imagery that is hard to shake.

Breillat’s woman commits the ultimate act of masochism: looking misogyny personified in the face and asking him to confirm the worst things she ever dared think about herself. The release of Anatomy of Hell correlated with the early-2000s New French Extremity horror movement, and the film is so exceedingly blunt about the violence at the root of misogyny that Breillat was occasionally lumped in with the movement while standing squarely outside the horror genre. So while Anatomy of Hell is an illusion, it’s also a text (adapted from her own novel Pornocracie) that illuminates Breillat’s profoundly sex-pessimistic view of the world, one that rivals any traditional horror film in its sense of utter dread.

Anatomy of Hell screens tonight, November 14, on 35mm at Metrograph as part of the series “Love Meetings: Pasolini & Contemporary Cinema.”