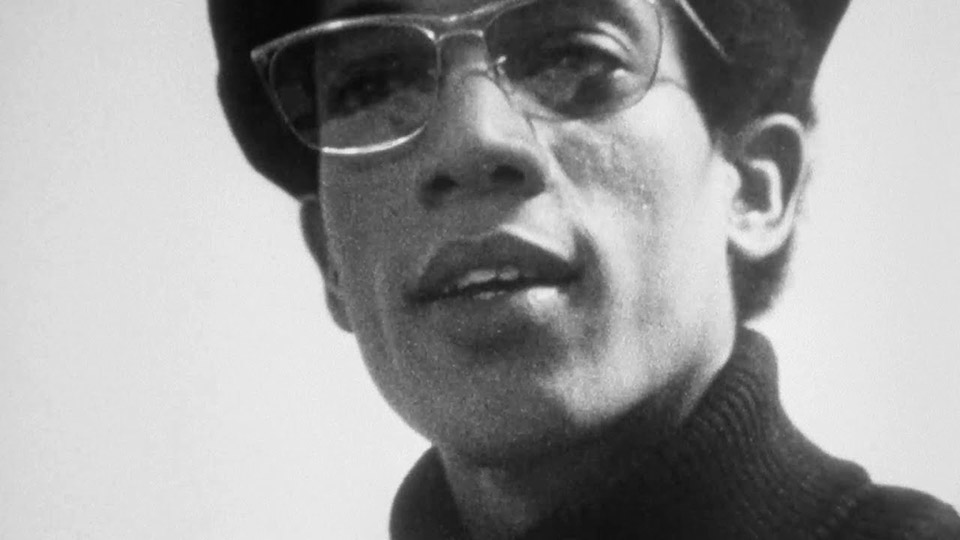 The Chicago Film Archives's recent preservation of American Revolution 2 is available to stream for free in HD on the organization’s site. Ostensibly a record of the tumultuous 1968 Democratic National Convention, the film is more accurately an extraordinary document of its immediate aftermath within activist circles, where it rippled into an unlikely alliance between The Black Panthers and The Young Patriots, an organization of predominantly poor southern white migrants to Chicago's Uptown neighborhood.

A vérité production by The Film Group directed by co-founder Howard Alk, American Revolution 2 opens with incendiary images of violence on the night of the convention's widely reported police riots. (Although often referred to as the “Chicago riots,” the description “police riot” is used in an official report produced for the Johnson administration’s National Commission on the Causes and Prevention of Violence. The report found that police acted disproportionately to DNC-related protests, spurred in part by Mayor Richard J. Daley issuing a “shoot to kill” order against arsonists, and “shoot to maim or cripple” looters.) In interviewing various groups and organizations in the melee's wake, the filmmakers come upon The Young Patriots, a group of working-class Appalachian transplants organizing against police brutality and poverty. After being summarily dismissed at an Uptown Council neighborhood meeting when invoking the issues of police relations, housing, and poverty, the Patriots reach out to the Panthers, whose charismatic Bobby Lee serves as an emissary to forge an alliance between the groups.

The film unfolds as a series of powerful, and often tense, meetings, including a return to the Council with Lee in tow, and later a forum with a district police commander. The commander tries to drive a wedge between the Patriots and Panthers — "The title The Young Patriots: to me that has a connotation of meaning patriotic, and I like those words. They're kind of unique these days." — while also making superficial concessions to the fact that the police could do better: "What we're trying to do is teach policemen that everyone isn't like them." But he loses the crowd when he says that there's another, "less-than-American" force to which poor neighborhoods are susceptible: "They may be pink, or even red." Does he know who he's talking to?

Mayor Daley used his influence with the Screen Projectors Union to prevent American Revolution 2 from being shown, until Hugh Hefner arranged for its premiere at the Playboy Theater in April 1969, and Roger Ebert gave it one of his very first four star reviews in the Chicago Sun-Times. According to Bobby Lee, the events documented in American Revolution 2 led to the forming of the first, lesser-known Rainbow Coalition (essentially unrelated to Jesse Jackson’s), led by The Panthers’ Fred Hampton, The Patriots’ William “Preacherman” Fesperman, and The Young Lords’ Jose Cha Cha Jimenez.

The Chicago Film Archives’s Vimeo has a number of recently preserved films by The Film Group available to stream and is worth exploring. American Revolution 2’s follow-up, The Murder of Fred Hampton, is also available to view on Media Burn.

A version of this piece originally ran December 16, 2018 during Anthology Film Archives's 1968 series. It has been modified and updated to remove references to the original programming context.