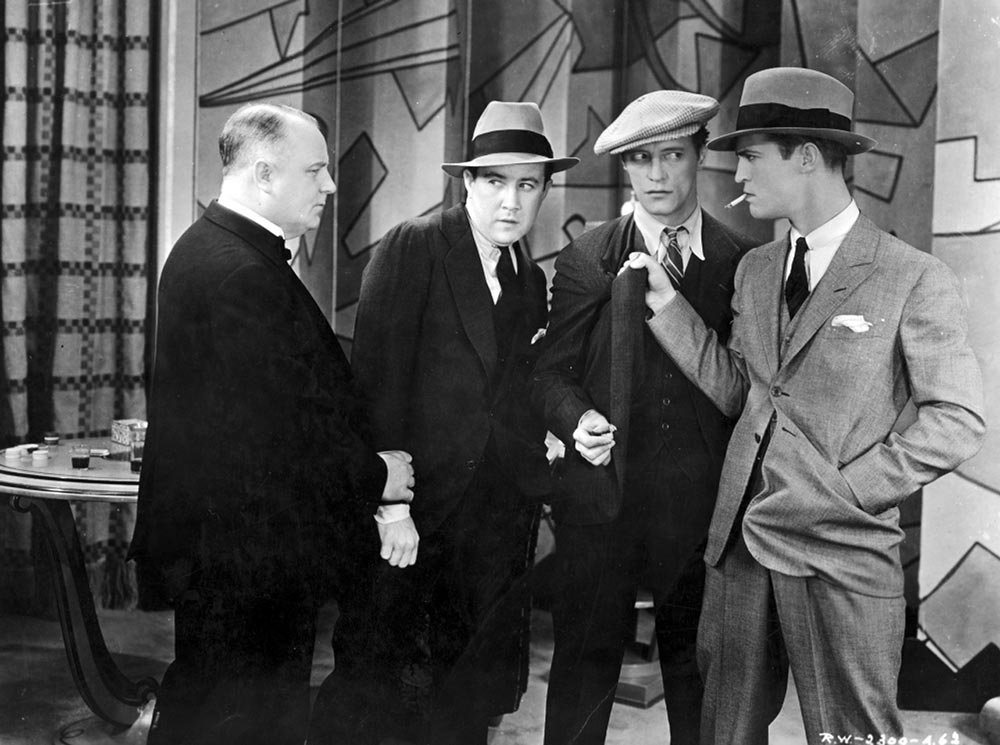 Films touted to repertory audiences as "pre-Code" tend to evoke certain vintage titillations—prostitutes lounging in short silk robes, chorus lines shot from the hip down, and unabashed infidelities. But Roland West's Alibi (1929) is a reminder that the lack of a strong moral outlook could be, in that day, its own kind of transgression. (Though those looking for the leggy chorus line will not be entirely disappointed.)

Banned in Chicago in 1930 due to its depiction of "brutal and revolting" police methods that—"in the opinion of the censor board"—aimed to "create contempt and hatred for the entire police force," Alibi is a cop-and-robber film without an obvious hero. Chester Morris gives an Oscar-nominated performance as the smoldering Chick Williams, a former gangster who's just been released from prison. It doesn't take long for Chick to get back into trouble, and he soon stands accused of robbing a fur store and, in the process, killing a police officer. Luckily, Chick has an alibi: during the time of the murder, he was at the theater with Joan Manning (played by stage actress Eleanore Griffith, who would go on to write the 1943 John Wayne Western In Old Oklahoma), the daughter of the police sergeant. But the moral topsy-turvy is only just beginning, and Joan's speech expounding on her modern, reformist outlook on criminal justice will, alas, be a short-lived sentiment.

As an early sound film (it was, somewhat awkwardly, retrofitted to be a talkie), the low-quality rips of Alibi that circulate online are best avoided. The percussive march of prisoners, cacophonic thundering of police nightsticks, songbird's whistle, tat-tat-tat of Tommy guns, and slang-laden growls of police and gangsters can be muddied by the limitations of the equipment of the era, and are only exacerbated by an inferior playback. Heard properly—the UCLA Film & Television Archive, The Film Foundation, and Cohen Film Collection worked on this restoration—they represent playful experimentation on West's part, rhyming from one scene to the next. Noirvember participants ought to take note of this screening, as well: described in Kino’s liner notes as "America's first expressionist crime film" and "a stylish thriller that presaged the rise of film noir," Alibi also utilizes the angular, shadowy sets of the celebrated art director William Cameron Menzies, including a particularly mesmerizing Art Deco rooftop bungalow as the scene of the final showdown.

Alibi screens this afternoon and tonight, November 2, at Quad Cinema in a digital restoration as part of the series “From the Vault: Cohen Film Collection.”