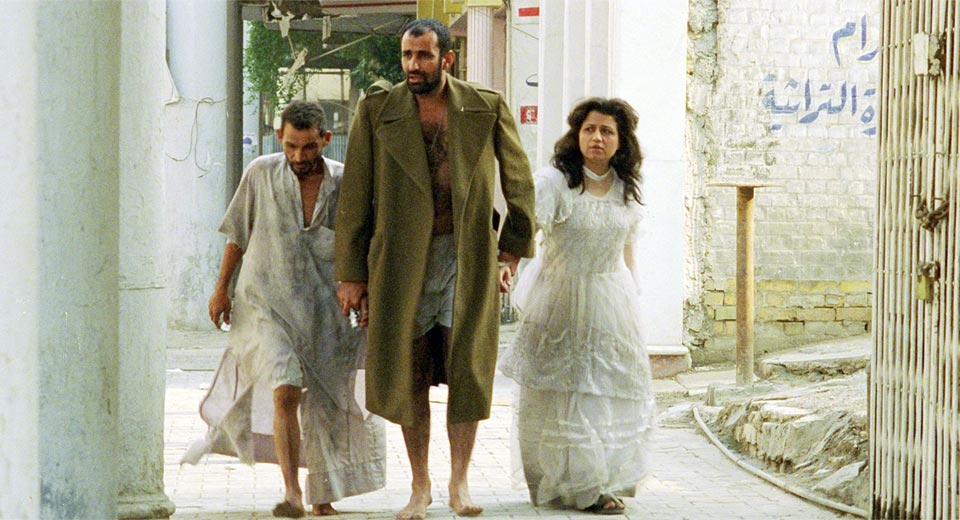 In his first feature, Ahlaam (2006), Mohamed Al-Daradji documents the simultaneous chaos and abandonment of Baghdad in the days following the second George Bush’s invasion. Much of the damage is familiar to anyone unfortunate enough to encounter cable news on an airport television during the Bush-Obama years, but it's a relief to witness the carnage without sanctimonious, wet-eyed reporters in flak jackets crouching amid the rubble. Even as it periodically dips into melodrama, Al-Daradji’s film effectively presents a human story from the warzone that doesn’t feature an American until its final minutes.

Al-Daradji composes exquisitely framed images in productive tension with his invasive handheld camera. He fashions brief glimpses of unfussy beauty amid desolation, muting the ethical concerns that plague other films set in war-torn locations. The most effective scenes are fragmentary, featuring little dialogue or significant action. Joining his intriguing images together in brief bursts, Al-Daradji creates flash portraits of the successive weights of dictatorship and occupation.

The story follows three Iraqis—a widow, a young doctor and a soldier—whose lives intersect at a psychiatric hospital destroyed when the United States military unleashed “shock and awe” from the sky. Each has been wronged by Saddam or the Americans: the widow’s betrothed was abducted on their wedding day; the soldier watched a friend die during Bill Clinton’s 1998 bombing campaign; and the doctor was denied career advancement because of his father’s communist background. These stories provide an overtly political punch, but lack the immediacy of the film’s rawer elements. The widow’s hallucinations appear limp compared to the fevered look in her eyes and the hollowed buildings surrounding her. All three stories feel most authentic during wordless passages spent wandering the ruins or fleeing from U.S. Bombs and Saddam’s police.