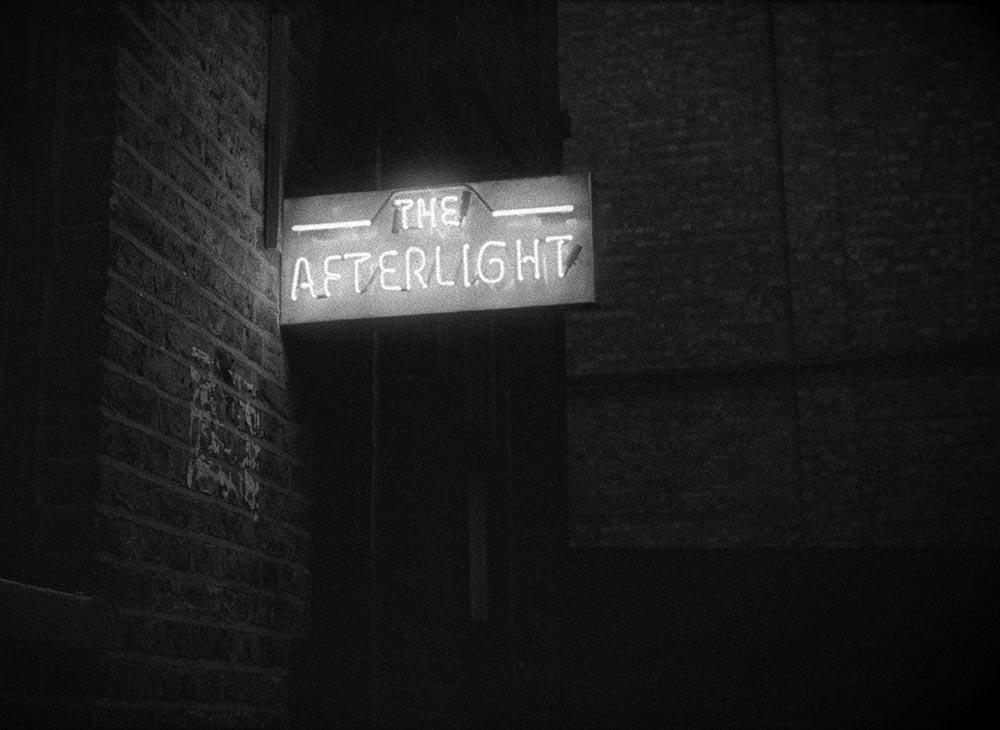 Existing as a single 35mm print, Charlie Shackleton’s evocative cinema collage The Afterlight is also a striking exercise in ephemerality. With all digital copies of the film destroyed, the lonesome print will erode further with every screening, accumulating marks and scratches along the way. Like all of us, the film will eventually disappear entirely, leaving only recollections with those who were physically present to witness it. One day those will be gone too.

A lost film is not in itself unusual. Plenty of movies throughout history have vanished with little to no trace: destroyed by negligence, trashed to make room for newer pictures, or consumed by fire. Within the invisible corpus of lost cinema, however, are the remnants of entire careers and lives. The Afterlight, featuring perhaps the most impressive cast ever assembled, is bound by the simple stipulation that all the actors it features are no longer alive.

Shackleton arranges a plethora of moments from black-and-white features into a vague narrative: the actors from these various films—some iconic, some obscure (a full list in order of appearance runs in the end credits)—all wander to a bar called The Afterlight and then back out into their individual nights. A shot of the titular watering hole’s exterior neon sign was shot by cinematographer Robbie Ryan (frequent collaborator of Andrea Arnold and Ken Loach), and is the only piece of original footage shot for the film.

Images that may have seemed inconsequential in their original context are made newly resonant and haunting. The viewer is compelled to look at things that are lingering, left behind; a puddle in a dirt road, or an empty glass left on a table areis suddenly imbued with new weight simply by focusing our attention on them. Conversely, scenes that previously demonstrated spectacle become more intimate. A memorable segment features Lon Chaney on the verge of transforming into The Wolfman. Because the clip is cut to the minutes before his transformation, we only see an isolated man in his apartment, writhing in emotional turmoil, staring at his own reflection with angst.

Without explicit narrative reference to movies or theaters, The Afterlight, due to its fleeting existence, is de facto a film about filmgoing. The emotional singularity of experiencing film communally in a physical space permeates each frame and every flickering sound of the projector, forcing one to register the room they are in and the fellow audience members they are with as they construct a memory in real time. It's the cinema of memento mori, perhaps the only cinema there is.

The Afterlight screens tonight, October 21, at the Museum of the Moving Image. Director Charlie Shakleton will be in attendance for a Q&A.