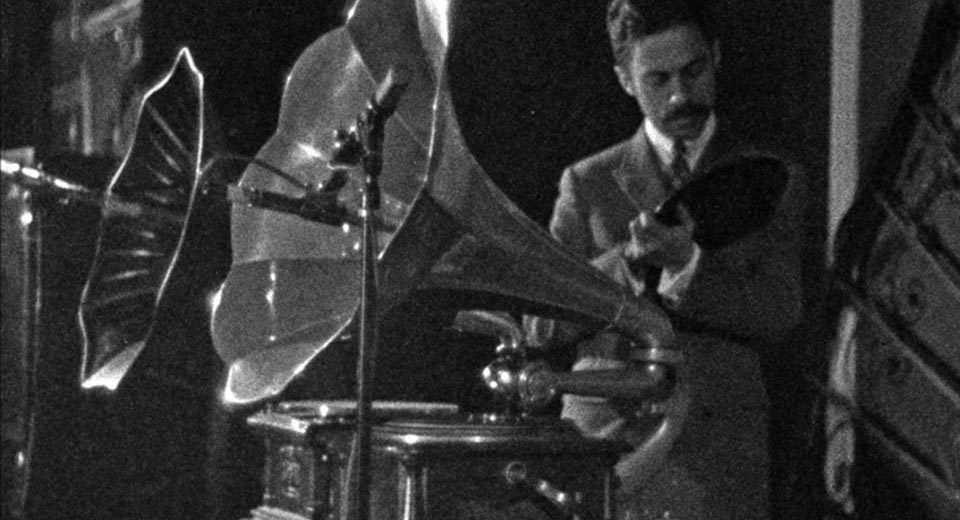 Documentaries about serious record collecting have tended to think of it as compulsion. Alan Zweig's Vinyl and Terry Zwigoff's Crumb, made by collectors as avid as their on-screen subjects, characterize collecting as sublimation for inhibited social lives and frustrated sexualities. Desperate Man Blues' Joe Bussard hoards 78s to escape the “cancer” of rock'n'roll, using his family wealth to build a life revolved around scavenging rare records. It's such a solitary endeavor, so self-consciously and obstinately uncool, it might be hard to imagine a movie about it being friendly.

However, the collectors, historians, and preservationists interviewed in Joel Schlemowitz's 78 RPM don't seem to be using their love of old records as retreat from the modern world. Instead, the world of the 78 is shown to be social, accessible, contemporary. Most of those profiled want to see phonograph technology working in the world, fixing or DJing with antique phonographs, making rare records available. This “alchemical” film — running all weekend at Anthology Film Archives—juxtaposes talking heads waxing poetic about shellac with Schlemowitz's black & white 16mm psuedo-enactments of pre-war culture (filled with anachronisms like modern cars, Webster Hall, and “Keep Austin Weird and 'Hipsta'” signs). As might be expected, the soundtrack's filled with pleasant big band jazz, ragtime, and Vernon Dalhart selections.

Among the topics covered: alternate origin stories of the phonograph, flapper-themed nightlife, steam punk conventions, Harry Smith's Anthology of American Folk Music, the Enrico Caruso Museum, Excavated Shellac, the difficulties of phonograph repair. The movie's best quality is that its celebration of the 78 seems wholly sincere and you take seriously how fun and vital a medium it can be. As phonograph historian Thomas Fabrizio puts it: “We get all dewey-eyed about how the fact that, 'oh, the old stuff was so good, the stuff we have now is such crap.' But you know what? It was the same back then. This whole consumer society thing has been with us for a very long time. ” Schlemowitz and friends try to put the past to productive use, which means minimal gloss and a comfort with eccentricity.