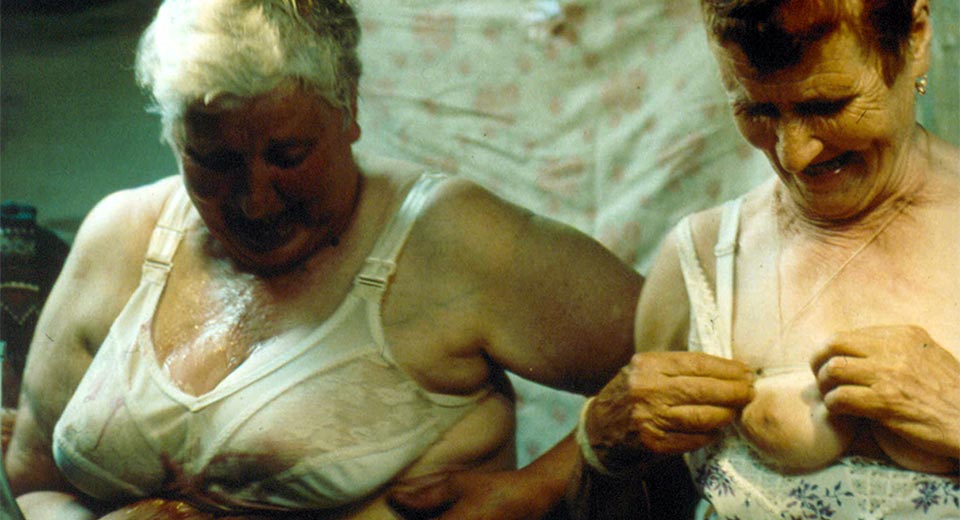 The number four is not sacred in any culture, a man who introduces himself as “just Vladimir” explains to his fellow barflies at the beginning of Ilya Khrzhanovsky’s 4, which plays today at the Museum of the Moving Image as part of an expansive film series chating the landscape of Putin’s Russia. But while four is admitted to be meaningless from the start, the film 4 is nevertheless littered with “pairs of pairs,” from the four dogs assembled in the striking first shot of the film to the four street cleaning trucks that stalk the streets of Moscow, doing little to wipe away the grime. 4 is the 2004 debut of Khrzhanovsky, and its release also marked the fourth year of Vladimir Putin’s first presidency — although it is often a nightmarish portrait.

The question of “meaning” is central to 4, which dismisses its own symbolism with a kind of Soviet atheism in that early conversation in a Moscow bar, where a meat distributor, a prostitute, and a piano tuner tell increasing elaborate lies about their respective lives (those keeping count will also realize that with the presence of the bartender, this group once again makes four). 4 follows each of the attendees after they depart for the night, although the bulk of the focus is on Marina, the prostitute, who the next morning learns her twin sister has died, and returns to her rural village for the burial.

4 has frustrated many critics for being so full of symbols, but never assigning them convenient or obvious meanings. But the meaninglessness and confusion is intended to be oppressive; at times it is so disturbing that the effect is like watching a horror movie, waiting for the monster to arrive. And as far as monsters go, there are plenty to choose from: The city of Moscow is filled with the metallic screams of machinery, “round piglets” are hideously revealed by a manically grinning cook, and vacant-eyed dolls seem almost as alive and deranged as the flock of crones who chew up bread to mould their faces. Some admirers of Khrzhanovsky’s debut have gone as far as to say these elements make 4 almost like a science-fiction film, although one would do well to keep in mind the warning of one midnight drinker to another: “You forget what country we’re living in.”