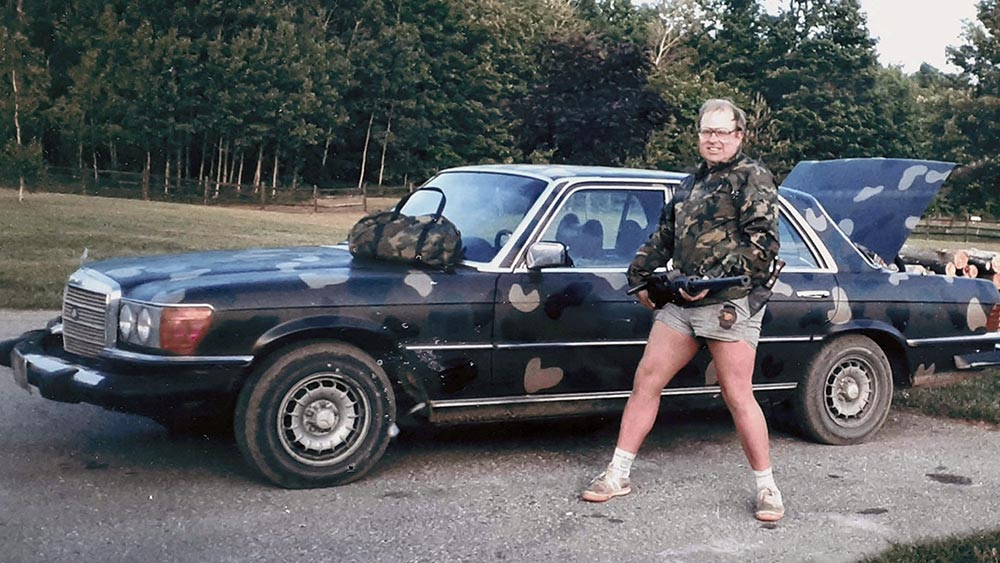 Reactionaries always ground themselves in a hallowed past, but entrepreneur Richard Davis digs beneath the antebellum South and Nordic paganism to fascist bedrock. “There’s an arms race going on, and it’s not a recent thing. It’s been going on for 500 million years,” he tells Ramin Bahrani’s camera in 2nd Chance, a documentary detailing his confounding rise and inevitable fall as the country’s premiere manufacturer of concealable bulletproof vests. For a brief moment, he continues, his company, Second Chance, was at the center of the eternal, Hobbesian tug-of-war between weapons and armor. For his contribution to the militarization of American policing, we might award him with the world’s smallest membership card to the military-industrial complex.

Bahrani is perhaps obligated as a documentarian to detail Davis’s unraveling in the film’s final third, but the ethical breach that ultimately embroiled him in his second FBI investigation fails to disturb as thoroughly as the no-budget infomercials he used to market his products to police departments over the course of thirty years. A born ham, Davis launched Second Chance by starring in videos wherein he dons his vests and mutters a kneeslapper before shooting himself. The grainy footage mesmerizes as he contorts his wrists to aim a revolver at his own stomach. After he pulls the trigger, a gash rips across his abdomen instantly, revealing a smooth white swath of synthetic fabric. “Easy as pie,” he concludes. As contracts started rolling in, Davis began numbering and publishing accounts of his “saves,” or officers who survived shootings thanks to a Second Chance vest. The company would also reward a handgun to any officer who killed their assailant. As his business empire expanded, so did his showmanship. He began recruiting saves to star in embellished reenactments of their own shootings, which in turn were shown to police unions to further push sales. During a thirty-year stretch in which policing became significantly less dangerous as a profession, Davis was instrumental in keeping cop persecution complexes well fed.

Davis scarcely shuts up, growing quiet only momentarily when Bahrani confronts him with evidence of his falsehoods. His foundational myth involves him proudly murdering two would-be thieves during a pizza delivery, despite only scant and suspicious documentation to support the tale. Bahrani’s digest of the countless hours of self-aggrandizing footage Davis shot of himself over the years rings louder than contemporary interviews with the man himself, or the character testimonials offered by former staff members and his grateful saves. He is ultimately that archetypal American figure, the unflappable charlatan amassing wealth by carving breaches in the membrane separating media fantasy and political reality.