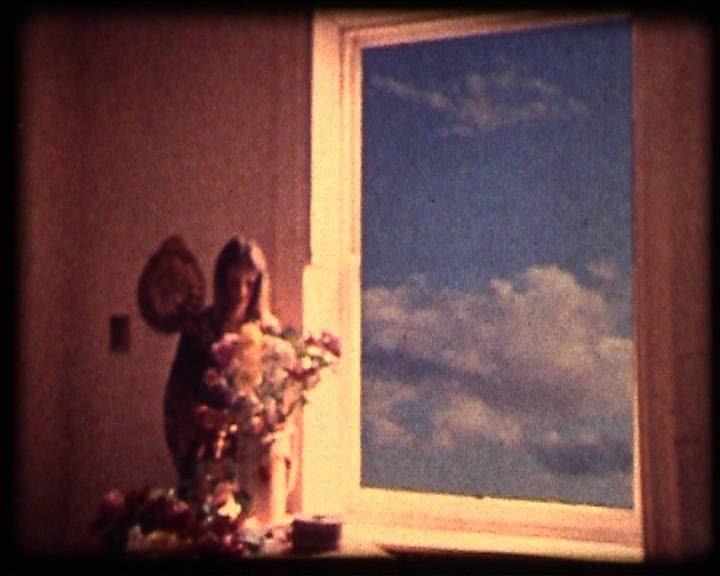 Anita Thacher (d. September 8, 2017) was a New York artist working in multiple mediums including painting, moving image, light, installation, and public art. Her practice addresses issues of spatial and personal perception, memory, and the domestic realm. Most recently her works have been exhibited in “Detours” a solo exhibition Microscope Gallery in 2014, and in “Leeway” at Mixed Greens, New York in 2011/12. Her painting installation “Caravan” (2015) is on view at the New York Public Library Mulberry Street, and her site-specific LED light work “Illuminated Station” (2005, MTA Art In Transit Commission) is permanently installed onto the exterior and interior of the Greenport Long Island Railroad Station, Greenport, New York.

Thacher has made sixteen works in moving image starting in 1968 with the 16mm film “Permanent Wave”, followed by collaborations with Dee Dee Halleck and Dennis Oppenheim and by her most known film “Homage to Magritte” (1975), which was recently screened in the two-person program “Surrealism” at MoMA, New York. In the following years she alternated between film and video formats in acclaimed works such as “The Breakfast Table” (1979) and “Loose Corner” (1986), until her 2015 trilogy “CUT”, “CHASE” and “THE END”.

Additionally, from the late 70s through the early 2010s Thacher completed a series of installations investigating the illusion of space created through light and projection, and ranging from multiple slide projection apparatuses – such as her 1981 “Light House” dedicated to her friend and neighbor Francesca Woodman and “Anteroom” (1982) exhibited at the Hirschhorn Museum – to site-specific light installations and the use of natural light in glass windows and public sculptures. -Microscope Gallery

Prismatic Ground is a New York festival centered on experimental documentary. Founded/programmed by Inney Prakash and hosted by Maysles Documentary Center and online NYC film resource Screen Slate, the festival will be primarily virtual for its first year barring a timely end to the ongoing COVID-19 pandemic.

Prismatic Ground seeks work that pushes the formal boundaries of non-fiction in the spirit and tradition of experimental filmmaking. This "spirit" is somewhat amorphous, undefinable, and open to interpretation, but refers to work that engages with its own materiality, and that privileges a heightened artistic experience over clear meaning.