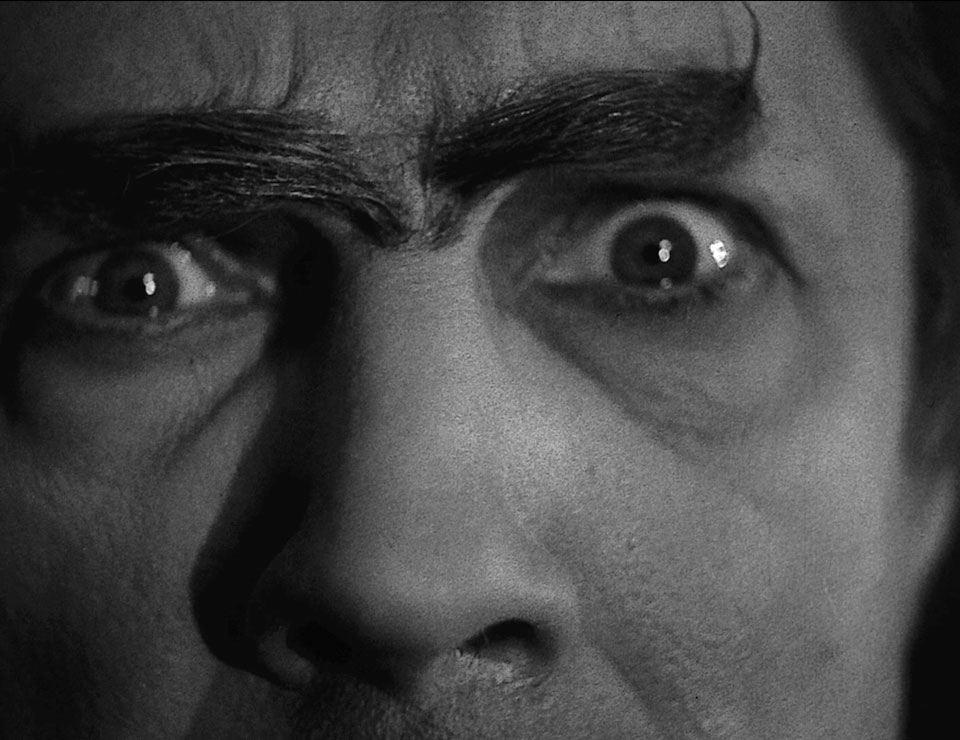 In 1931, the release of Dracula briefly made Bela Lugosi the most famous screen boogeyman since Lon Chaney. For his instantly iconic performance, he earned a mere $500 per week. (By contrast, David Manners, the film’s Jonathan Harker, got $2,000.) One year and one bankruptcy later, Lugosi acted on some still-standing Dracula sets for White Zombie, an independent production for which his weekly salary had climbed all the way up to $800. In the interim, the success of Frankenstein had knocked him from his perch. If he hoped he might escape the horror genre, the surprise success of White Zombie would seal his fate, consigning him forever to Boris Karloff’s shadow.

A rough, downmarket film in style and spirit, White Zombie doesn’t feel like the kind of movie that should feature a newly minted Hollywood star, but it does feel like the kind of movie that couldn’t afford Karloff. Officially set in Haiti, but seemingly set in an inkwell, it stars Lugosi as “Murder” Legendre, a voodoo master and sugar mill owner who controls a small army of mindless zombies. Looking like Satan himself with a unibrow and goatee, “Murder” is hated and feared by locals and visitors alike. Nevertheless, he is the sort of man who can get things done, and so is recruited by one of the island’s few white inhabitants to break up a marriage between two others. “Murder” uses his powers to knock out the bride and control her as a zombie, but then decides to keep her for himself. Yes, the title does mean “Caucasian.”

Dracula’s fog-shrouded atmosphere set a template for the next 20 years of American horror films. White Zombie is indebted to Dracula, but its look is dirtier, moldier, more haphazardly composed, yet containing several dozen one-of-a-kind images. The sparse soundtrack – dominated by chirping crickets, creaking wood, and distant drumbeats – anticipates the atmospherics of Jacques Tourneur’s more elegant I Walked with a Zombie, as does the foggy, just-on-the-cusp-of-sleep mood. The film’s production team included no geniuses equivalent to Dracula cinematographer Karl Freund, and nothing else in director Victor Halperin’s filmography (including a barely connected 1936 sequel, Revolt of the Zombies), possesses anything like this film’s power, but somehow, just once, this team of hacks stumbled upon their own brand of voodoo.

White Zombie earned money for its slumming distributor, United Artists, but was trashed by critics who found it creaky even for its time. Almost 90 years later, its slow pace, stagey acting, and uneven sound recording have moved past being dated and into the realm of the otherworldly. White Zombie left me a little bored the first time I saw it, but I’ve seen it at least a dozen times since then, because returning to White Zombie feels like visiting a place, or perhaps a dreamscape.

White Zombie is available to stream on Amazon Prime, YouTube, and wherever public domain classics can be found.