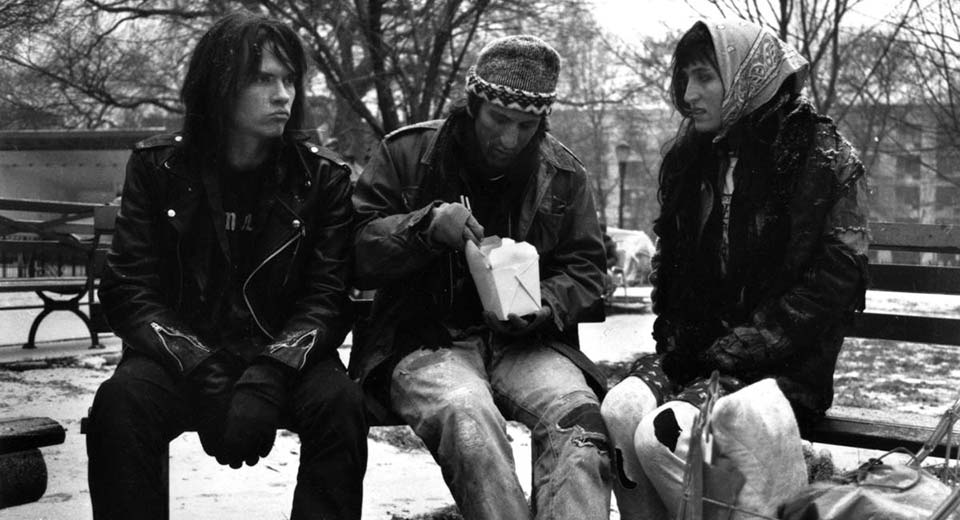 The Museum of Modern Art keeps giving this holiday season with their ongoing New York Film and Video: No Wave-Transgressive series, which highlights the seedy, grimy and brutally honest films of the downtown NYC scene of the late 70s through the early 90s. Finished at the tail end of the period, Rachel Amodeo’s What About Me stars the director as Lisa, a young woman who becomes homeless and lives on the rough streets of the pre-gentrified—or, as Amodeo referred to it in 2014, “a little more Wild West”—Lower East Side. What About Me’s slice-of-life plot has Lisa and her boyfriend trying to survive while encountering other outcasts of all kinds—played by punk and no-wave luminaries like Johnny Thunders, Dee Dee Ramone, Richard Hell, and Nick Zedd, among others.

The film is absolutely engaging on its own merits. Amodeo created a tragic story about society’s forgotten people without banal sentimentalism or cheap moralizing. The film is also remarkable as a historical document of a long-gone time. The setting shapes the story as much as the script does, and viewers see verité footage of camps of homeless people in Tompkins Square Park, unimaginable today. Much of the action in the film was improvised, because Amodeo understood that if you put authentic characters in interesting situations, drama will arise. As prolific a film mind as the Film-Makers’ Cooperative’s M.M. Serra has said “Every chance I get, I show Rachel's film because I don't want it to be forgotten.” MoMA, thankfully, agrees.