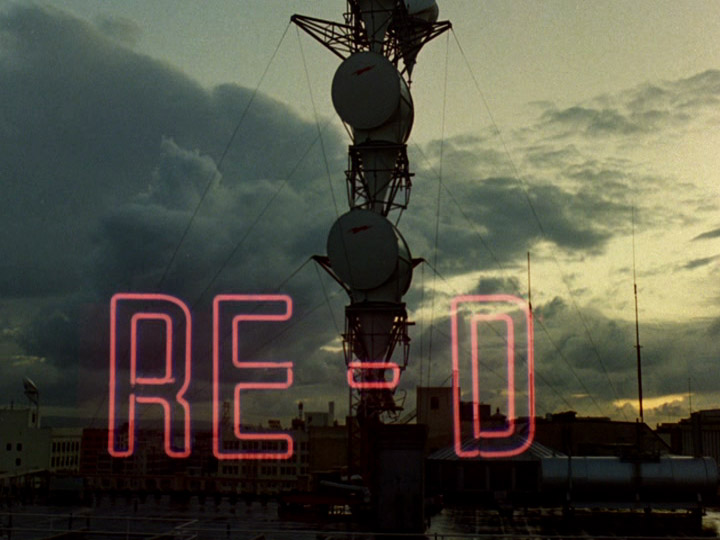 When the city announced a measure to restore an 11-mile stretch of the Los Angeles River in 2017, it raised a hue and cry among cinephiles. The iconic basin, originally designed to remove rainy season surplus, has been a part of the city’s movie colony since its inception. The very unnaturalness of the Los Angeles River is what makes this miles-long concrete expanse such an arresting site. From Grease to Repo Man to Chinatown, those towering walls and tilted planes, stretching into the horizon, offered a blank concrete canvas onto which artists have projected any number of plot devices.

Experimental filmmaker Pat O’Neill has built a career on drawing uncanny visual parallels between human civilization and its inherently parasitic nature. In his 1989 film Water and Power — named for Los Angeles’ looming “Department of” — he deploys a rich texture of juxtapositions, anecdotal voice over, and optical effects to condense a century of environmental history into 58 fleet minutes. Rhyming visuals — of the Salton Sea and the San Fernando Valley’s neverending grid, or desert outposts and silent Biblical epics — tell a story in filmic verse, beginning with colonial conquest and ending with a void of our own making. As movie buffs bemoan the loss of a cherished film location, O’Neill’s thirty-year-old film is already one step ahead. By connecting the dots between film history and industrialization, he implores us to consider our species’s viability in a world of finite resources.

The survival of America’s second largest city hinges entirely on its proximity to potable water — a proximity that continues to dwindle with each passing fire season. The Los Angeles River revitalization effort is an attempt to not only redirect much-needed hydration to the thirsty metropolis, but also undo the circumstances that birthed one of its most recognizable locales. Whether the restoration effort acknowledges this fraught history remains to be seen. Local governments have a funny way of reconciling their garrulous future plans with the unaddressed injustices of past policy. Best to throw a plaque on it and wait for people to stop paying attention. Thankfully, O’Neill’s most recognizable work is there to fill in the blanks.

Water and Power is part of Maysles Cinema's online series After Civilization, July 16-August 15. All titles are available to stream free of charge with the option to make a donation.