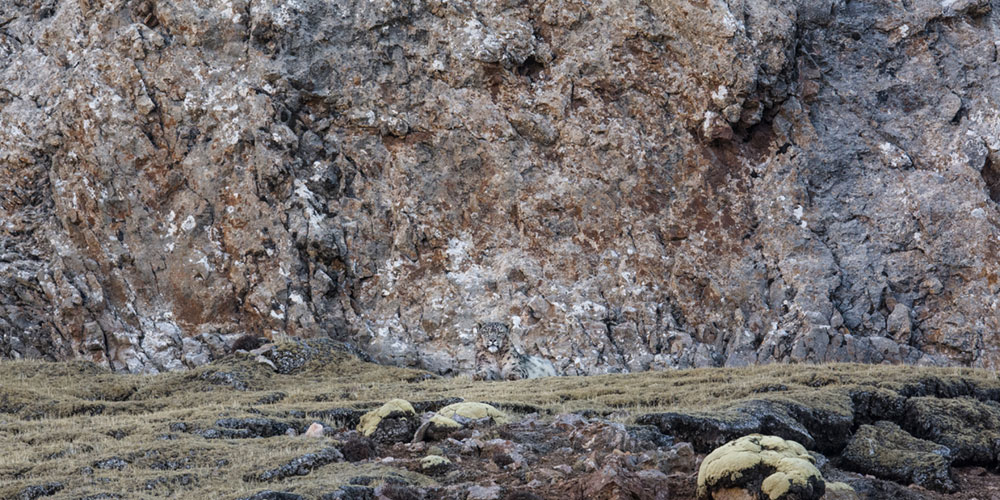 In the formidable, frozen peaks and valleys of the Tibetan Himalayas, two French adventurers, wildlife photographer Vincent Munier and travel writer Sylvan Tesson, are in search of an elusive and powerful predator, the snow leopard. Trailing them, but invisible to our eyes is Marie Amiguet, co-director with Munier of this remarkably constructed and photographed documentary. The Velvet Queen (2021) is a kind of how-to on tracking, photographing, and filming wildlife, which also rewards our eyes with glorious, even sublime images of animals, birds, and habitats few humans have seen before on screen, let alone with their naked eyes.

Although a sighting of the snow leopard is the goal of the filmmakers, they are prepared to fail. But even without a glimpse of the ghost of the Himalayas, how could the remarkable images they gather—of herds of wild yak and Tibetan antelope galloping and climbing; of foxes and wolves on the hunt; of a small but fiercely aggressive Palla’s cat tunneling into a burrow and emerging with a small creature, perhaps a vole, dangling from its jaws; of falcons and owls flying across the snow-laden sky at the top of the world; and also of small birds whose yellow and red feathers are splashes of vivid color in a mountainscape of grays and browns—be anything less than thrilling?

In the bare-bones narrative, Munier is the teacher and Tesson the student, who also has a way with words, although his prose is a bit purple for my taste. In addition to explaining how to find the best blinds in which to set up cameras, Munier’s primary lessons are about protecting the natural world and bringing patience to the task. He is so convincing that we are willing to be patient with him—to a point. Because just when it seems as if Munier’s camera and that of the unseen Amiquet, whose images constitute at least half of the film, will never capture the Velvet Queen, they discover her in close-up on a tiny surveillance camera outside a cave where they had spent the night. From then on, I was hyper-aware of my eyes scanning the screen, hoping to see her, before Munier told us, as he inevitably did, “Look up there on the cliff. She’s there.“

Try to find the production notes, given to lucky critics, about The Velvet Queen. In them, the filmmakers discuss China’s encroachment on Tibet, its destruction of the environment, and its curtailing of the freedom of Tibetan nomads, who make a brief appearance in the film. Perhaps the filmmakers didn’t want to burden their work with politics, or perhaps they wanted to protect themselves from criticism that would make their return to Tibet difficult. Or perhaps, like most of us, they find politics and the possibility of transcendence through beauty impossible to piece together.