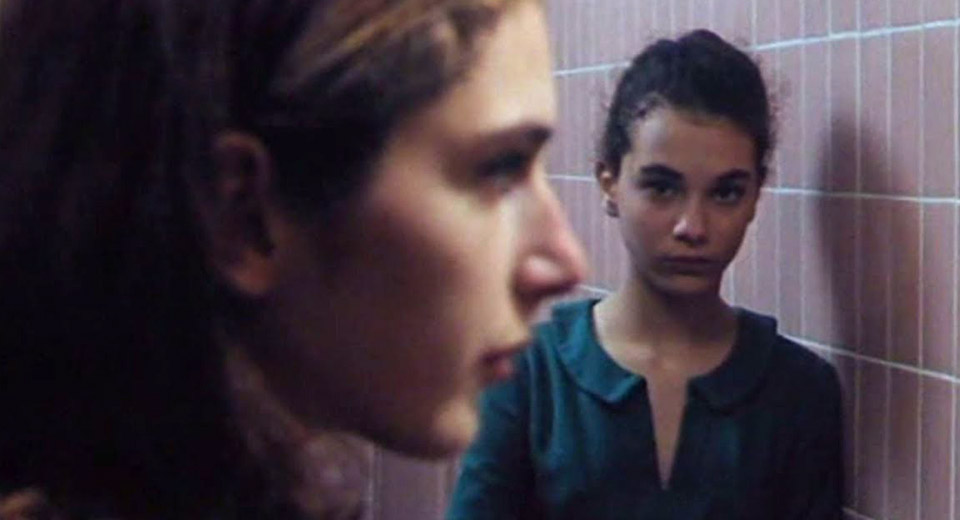 The energy changes as soon as U.S. Go Home arrives at its centerpiece party scene. This isn't Martine (Alice Houri) and Marlène's (Jessica Tharaud) original destination—they ditched that dorkier soirée after spying both parents out on the dancefloor—but it's the one that they hoped to find. As night falls, the girls head to a secluded mansion where the older teens in town, including Martine's older brother Alain (Grégoire Colin), have gathered. Upon their arrival, the camera begins to rove a darkened dancefloor: weaving languidly around couples slow-dancing to The Animals' "House of the Rising Sun," director Claire Denis and DP Agnès Godard drift closer to the faces of the dancers, some clinging to their partners in suspended tranquility, others staring into space with a numbed angst. The record abruptly shifts to The Troggs' "With a Girl Like You"; the spell breaks.

The film is Denis's installment of the French TV series Tous les garçons et les filles de leur âge…, in which filmmakers were asked to create hour-long pieces that captured the spirit of their adolescences—other notable contributors include Chantal Akerman and Olivier Assayas, whose Cold Water began here. The wealth of '60s anglophone pop that Denis draws upon has unfortunately kept U.S. Go Home in a difficult-to-legally-view hell of music clearance, which makes today's screening at BAM a rare treat. Denis zeroes in on music's everyday importance for her characters: as something sensual and exploratory, as a way of articulating selfhood, and as a release from routine. Even Martine and Alain's mother (Martine Gauthier) loses herself humming to another Animals track, "I Believe to My Soul," before shifting back to the tasks at hand.

It's a portrait of an evening, but it's also the fabric of a time: Denis co-wrote the script with Anne Wiazemsky, and the film feels as though on a tender precipice, charged with the radical social unrest soon to take place offscreen (the film is set in the Paris basin, distant enough that the city is often obscured by fog). The representative we meet from the U.S. army base nearby is Vincent Gallo's lonely Captain Brown, with whom Alain and Martine hitch a ride home. Alain rebuffs his offer of a Coke—"I'm a communist, I don't drink Coca-Cola"—and stalks away on foot, grasping for a position but stubbornly self-defeating. In the morning light, Denis deposits her characters at a distance from their newly made selves, these children of Marx and Coca-Cola led astray by unsettled longing.