Treasure of the Bitch Islands 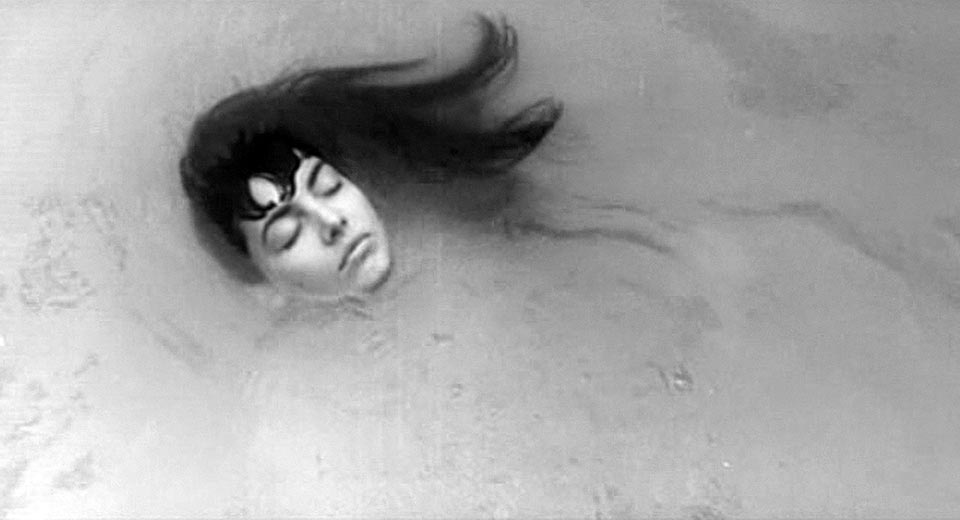 Antonioni meets Rod Serling? Stalker by way of Gilliam? David Lynch's Star Trek? F.J. Ossang's sophomore feature, Treasure of the Bitch Islands (1990) is a concoction both familiar and utterly unique. The treasure is oreon, a man-made energy source dreamed up by a recently disappeared engineer. A crew of smartly dressed lowlifes is dispatched to the Bitch Islands, an irradiated archipelago, in search of the tycoon and his golden goose. The islands are incarnate nightmares, unstable and destabilizing, as incomprehensible and intoxicating as the film itself.

Like most great cheapo sci-fi extravaganzas, we hear more than we see. The characters allude to cannibals, human torches and other hellish would-be setpieces, all of which never materialize onscreen. It's a testament to the power of Ossang and cinematographer Darius Khondji's images that we don't regret their absence. With wide lenses warping their searing whites and shimmering grays, Ossang and Khondji present a gorgeous array of expressionist images (silhouettes, fog, extreme closeups) that metastasize in the brain.

The imagery is aided in its disorienting mission by the propulsive drone of Ossang's own industrial score, credited to Messageros Killers Boy, and his metal-poetic dialogue along the lines of "love demands the love one's total destruction once it is threatened by its own impotence." At every turn we are deprived of proper footing, condemned to wander through the haze like the film's addled characters. Unlike these doomed figures, we're able to enjoy the trip.