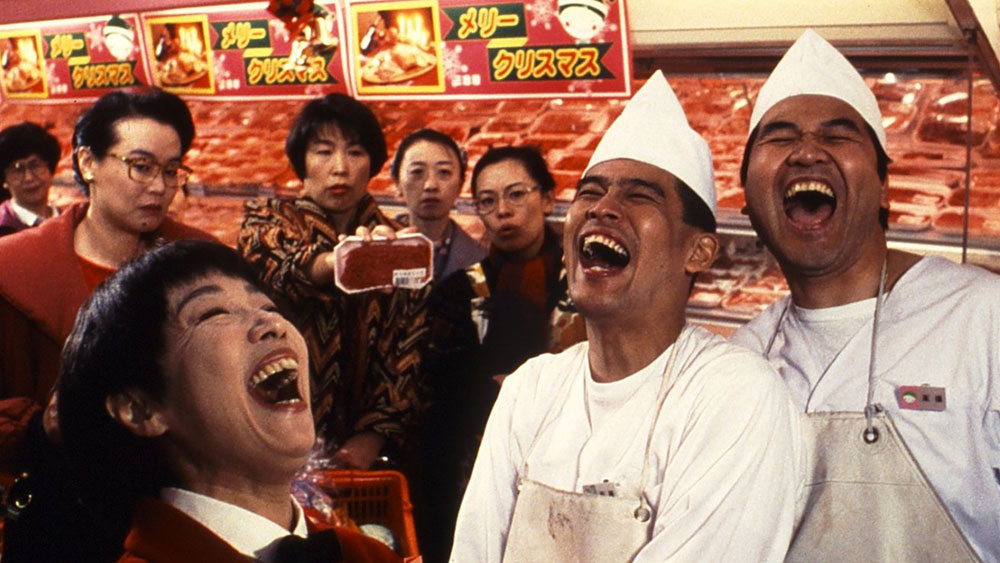 In Juzo Itami’s Supermarket Woman (1996), the terrain of a neighborhood grocery store seems to envelop the entire world. The most sensational dramas and fraught power struggles inhabit its aisles and stockrooms. Our guide through this operatic retail landscape is Hanako (Nobuko Miyamoto), a housewife with astonishing business smarts. At the beginning of the film she’s hired by Goro (Masahiko Tsugawa), her hapless childhood friend, to revitalize his failing supermarket after an aggressive rival store sets up shop nearby. In a series of comic and thrilling maneuvers, Hanoko whips the store into shape, winning over skeptical staff with energizing leadership. But the old pros in the meat and fish departments have their own way of doing things, and soon become hostile to Hanako’s rising star.

Subtlety is of little concern to Itami. The movie thrives on hyperbole, using the language of genre cinema to full effect. Furtive closed-door meetings, nail-biting chase scenes, serendipitous meet-cutes—it’s a frenetic, farcical mash-up of noir, gangster movie, and rom-com. Good and evil have stark definitions. The rival to Goro’s “Honest Mart” is “Discount Demon,” a shady operation as crooked as its name suggests. While Discount Demon’s management runs the store like a military barracks, Hanako has her colleagues falling in love with their work.

Her ability to mine inspiration from the banal resembles Itami’s. Across his oeuvre, the director takes on remarkably mundane subjects: ramen chefs, tax audits, hotel management. Under his idiosyncratic gaze, they generate wildly entertaining romps. Itami finds aesthetic interest in the most unlikely places. In one wonderful scene in Supermarket Woman, the Honest Mart crew examines how different grocers cut their produce. Never have the notches in a Chinese cabbage been expressed so poetically.

Though it tends to embrace the fantasy that career success leads to ultimate fulfillment, Supermarket Woman lobs a sharp critique at workplace politics. No matter how greatly she improves the store’s earnings or galvanizes her staff, Hanako is helpless against the entrenched power of the old pros; the threat she poses to male egos takes precedence even over profits. The film is deeply conscious of its real-life context, and Japan’s economic recession of the 90s looms large over the story. Businesses are shutting down all over town; jobs are scarce, workers are disposable. The dark tenor of these observations enjoys a brilliant alchemy with the movie’s goofy theatrics, and the fierce optimism it lands on.

Supermarket Woman is streaming on the Criterion Channel 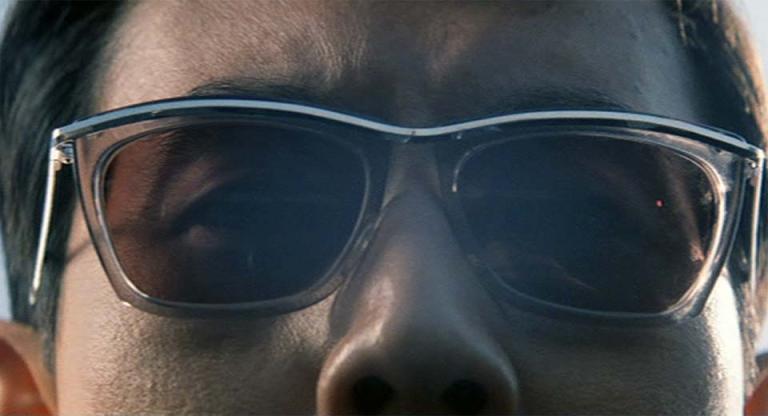 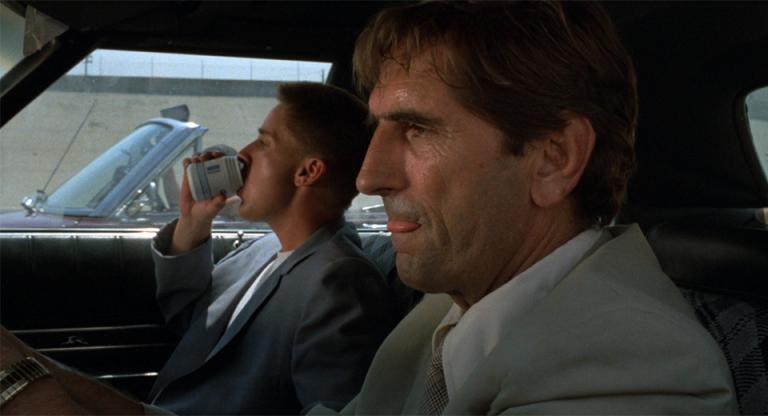 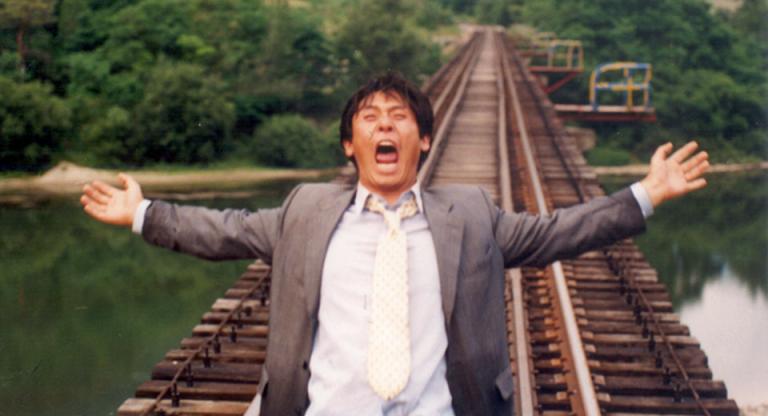