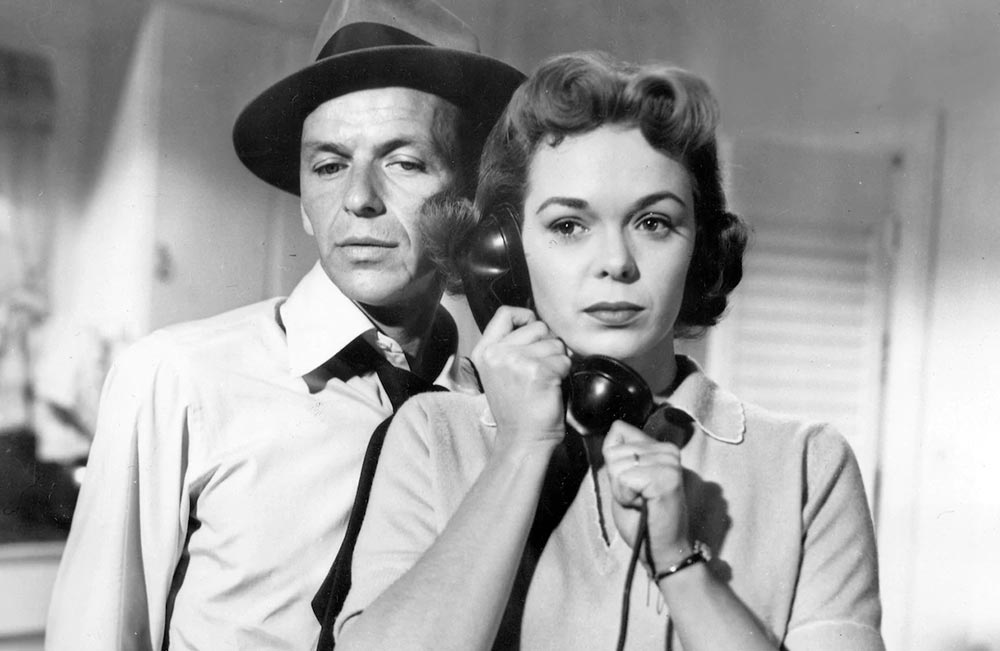 Taking its name from the favorite adverb of lazy writers, Suddenly (Lewis Allen) doesn't necessarily instill confidence with its title — a dubiousness only doubled by the word's flashy stylization, with an exclamation point, on the 1954 film posters. But despite the somewhat obvious crime flick title, Suddenly is much subtler and more rewarding than it initially lets on.

Set in the sleepy, fictional California town of Suddenly (a place where things used to happen) the film stars Nancy Gates as Ellen, the widowed mother of an 8-year-old who lives in a house on the hill above the train station — a station where, it just so happens, the president of the United States plans to stop on his way to a retreat at a nearby ranch. Enter the criminally inclined John Baron, played by a wonderfully sinister Frank Sinatra, who lures Ellen into inviting him and his thugs into her home, then proceeds to hold her, her son, and her elderly father-in-law hostage as he transforms their living room into a sniper's hide. His target: the commander-in-chief.

Though all that would be an exciting enough crime plot as it is, Suddenly grows increasingly dark as it goes on. Sinatra gets antsy as the walls start to close in, and he talks excitedly about his hatred of crowds and how war turned him into a murderer. When his hostages (who keep growing in number, as Ellen gets quite a few visitors throughout the day) try to appeal to Baron's patriotism, he explains his dispassionate motive: "I have nothing against the president. He's just worth half a million dollars to me, tax free."

The film was made a decade before the John F. Kennedy assassination, but Sinatra's sell of John Baron's plot was so convincing (not to mention against type) that for years afterward there were rumors that Lee Harvey Oswald watched Suddenly for inspiration, and that Sinatra was so disturbed following Kennedy's death that he bought up all the remaining prints of the movie so he could personally destroy them. The latter story, anyway, isn't true; thankfully for all of us, the movie is easily accessible today in the public domain. But watch this odd little noir and, suddenly, it doesn't seem like such a difficult impulse.

[Ed. Note: Beware of accidentally watching Uwe Boll’s 2013 remake of Suddenly, which looks like it had the budget of a BFA thesis film and stars a dejected Ray Liotta.]

Suddenly is in the public domain and widely available on the internet or through various streaming services, albeit in varying quality. We recommend this HD version on Archive.org. Of the streaming apps, ad-supported services like the Roku Channel and Pluto TV seem to have the best quality. 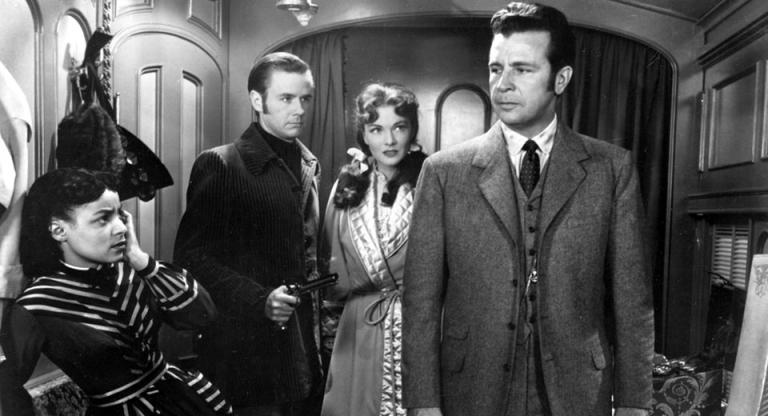 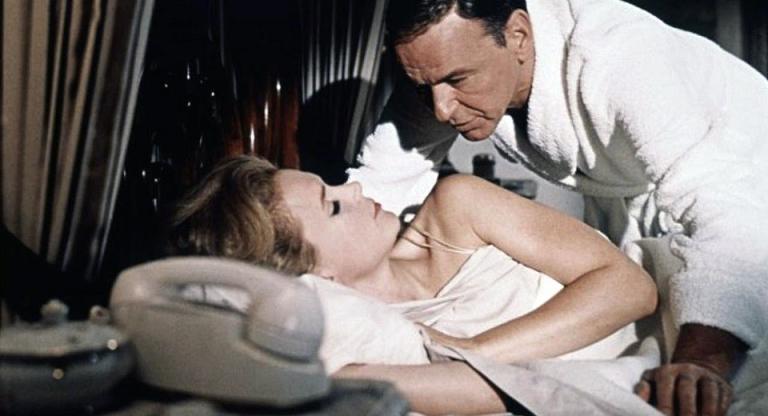 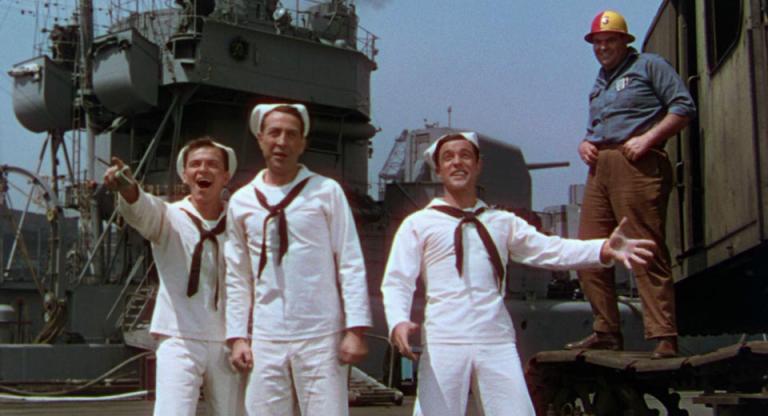