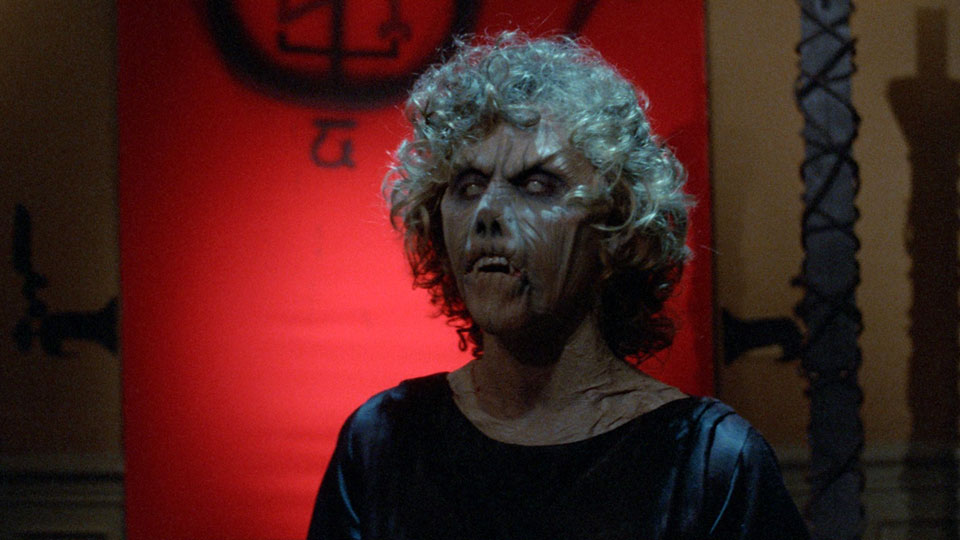 Screen Slate is pleased to partner with Vinegar Syndrome for a screening of Spookies (Thomas Doran, Brendan Faulkner and Eugenie Joseph, 1985) followed by a live discussion with VS film archivist Justin LaLiberty and Screen Slate editor/media archivist Jon Dieringer.

Cult classic Spookies is as beloved as it is notorious for its bizarre, nearly avant-garde tone. Opening with a car breakdown outside an eerie house, Spookies's kitchen-sink approach to the horror genre comprises a Ouija board, black magic, demonic creatures, supernatural oddities, and a slew of gruesome deaths rendered with outstanding practical make-up and special effects. Due to extreme behind-the-scenes hijinks including fired directors, re-shoots, and re-editing, the film's supernatural atmosphere veers even further to the absurd, uncanny, and abstract, giving it a singular quality that connoisseurs of disreputable cinema have come to adore.

A home video label established with in-house digital restoration and preservation facilities, Vinegar Syndrome has become revered for uncovering and bringing to light some of the most incredible and previously difficult-to-see genre cinema. Following the screening of Spookies, Screen Slate editor Jon Dieringer — a professional film/video conservator — will lead a conversation and Q&A with Vinegar Syndrome's film archivist Justin LaLiberty. We'll not only touch on Spookies, but the larger intricacies of tracking down rare films, untangling rights, and locating and restoring unique and fragile film elements. If you've ever wondered how obscure genre films are exhumed and brought back from the void, be sure to tune in.