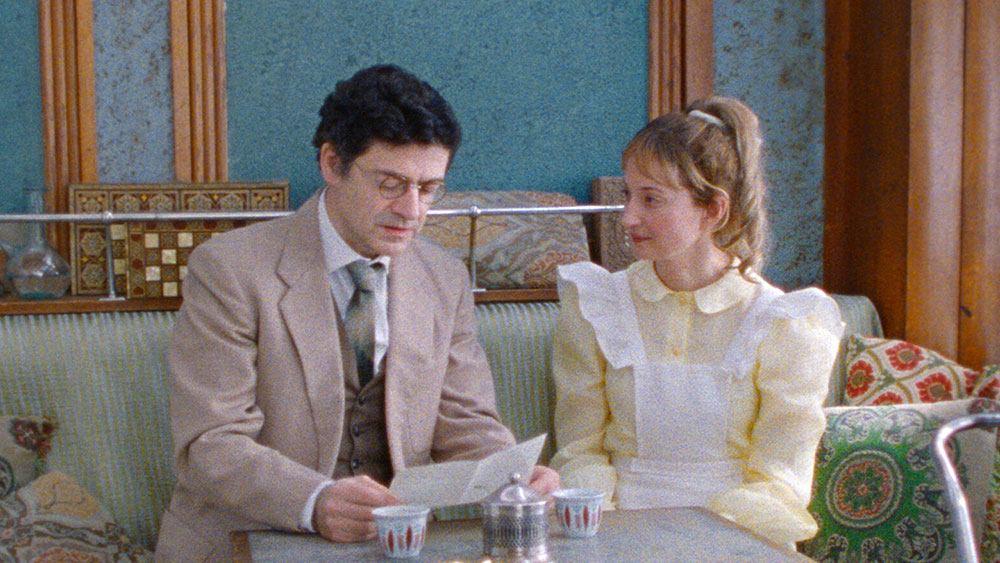 Chloé Mazlo’s feature debut begins with an impossibly polished and sublime portrait of Beirut in the 1950s. Alice (Alba Rohrwacher), a Swiss au pair, arrives wide-eyed off a boat from her home country, which she found unbearable. She is immediately intoxicated by the city and country she has adopted. Within five minutes, she falls in love with Joseph (Wajdi Mouawad), a rocket scientist, and a montage that recalls both Jean-Pierre Jeunet and Wes Anderson covers the next two decades as the couple settles down and raises a child; a blissful life that is rudely interrupted by the eruption of the Lebanese Civil War in 1975.

Skies of Lebanon is at its strongest and most confident in those initial transitory moments, as the family reckons with the increasingly louder rhythms of violence around them. Peace and safety become luxuries, the trickling of fleeing friends and relatives into Alice and Joseph’s cramped apartment is normalized, and it begins to dawn on the children that what at first appeared to be slumber parties are actually acts of escape and survival. Here, the film recognizes the most powerful truth regarding nostalgia, in this and any other context: its obsession with a fiction. During this stretch, the extreme artificiality and childlike rendition of the prewar sequence highlights the painful truth at the heart of Alice and Joseph’s dysfunctional relationship––that utopian Lebanon to which Alice arrived twenty years earlier never existed.

In the third act, however, the characters fail to escape this fantasy of their making, a folly that inevitably dooms their relationship. As the war intensifies around Alice and Joseph, and the stunning stop-motion of the first act fades into harsh long shots and jarring cuts, they begin to grow apart. Joseph begins to seriously consider leaving, whereas Alice, incapable of letting go of her romantic vision of Lebanon, insists they must stay and wait the turmoil out. We experience the war through this tension, Joseph's practicality on the one hand and Alice’s naïve idealism on the other. In the final scene, as a boat departs to safety in Europe, the camera never looks back on Beirut as it burns.